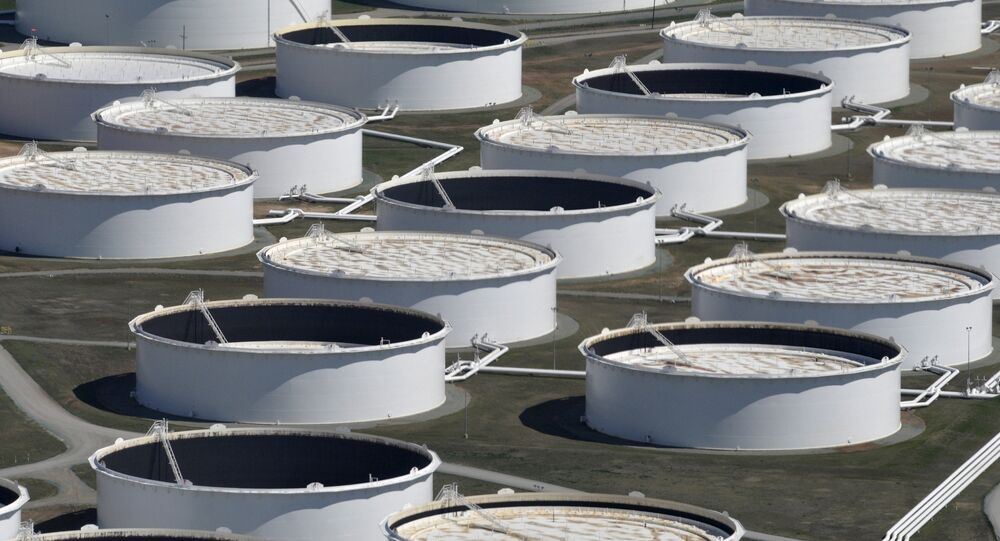 NEW YORK (Sputnik) - Crude oil prices hit fresh highs on Thursday for nearly four-month period based on expectations that US inventories fell sharply last week as refineries turned out more gasoline and other fuel products for the holiday season and on China bolstering hopes for an imminent trade deal with the United States.

Crude oil prices spiked after data from the American Petroleum Institute (API) showed a sharp drawdown of 7.9 million barrels in US crude stockpiles last week, versus the 1.8-million-barrel decline forecast by analysts.

The API data suggest that refiners turned out more gasoline and other fuel products last week in anticipation of higher road travel and package deliveries for the holiday season. However, the API data has to be affirmed by official numbers from the US Energy Information Administration that is due on Friday.

Wall Street, a proxy for oil market sentiment, has had one of its biggest and most prolonged bull runs this year on optimism over the US-China trade deal and US economic indicators.