MOSCOW (Sputnik) - Iran’s non-oil exports are doing well in the face of the unprecedented pressure the country's manufacturers have been experiencing, with 70 percent of the hard currency earned as a result still returning to the Islamic republic, the head of the Trade Promotion Organization of Iran (TPO) has said.

"Iran's exports in the current circumstances are astonishing ... Difficulties faced by the Iranian exporters are not comparable to those of peers from other countries", Hamid Zadboum said on 24 December, as quoted by the Fars news agency in an article.

According to Zadboum, the country's non-oil exports totalled $28 billion in the eight months leading to November, a figure that he described as "astonishing" considering the circumstances. In 2018, non-oil exports, including gas condensate, totalled $50.7 billion, according to the TPO website.

Zadboum added that exporters had brought home 70 percent of the hard currency earned, despite US banking restrictions.

As for the exports themselves, intermediate goods, such as metal products and petrochemicals, account for some 70 percent of the share, Zadboum said. 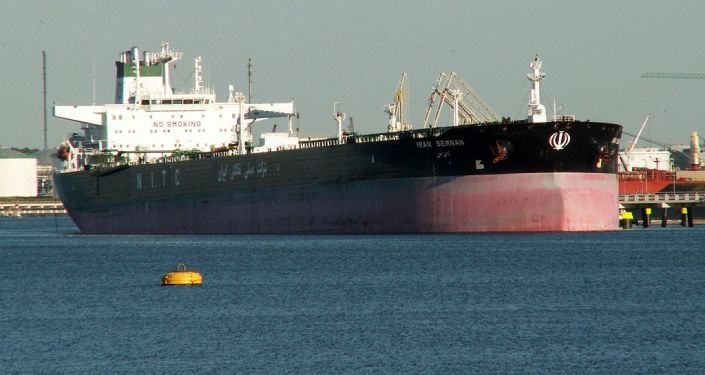 © CC0
Iran Vows to Defend its 'Legitimate Right' to Export Oil Amid US Sanctions Pressure
The government continues to do its best to encourage exporters, the TPO chief said, adding that his country would focus on the Turkish and Pakistani markets in 2020.

Since its unilateral withdrawal from the Iran nuclear deal in May 2018, the United States has unveiled wide-ranging sanctions on Tehran, including secondary sanctions against companies and financial institutions of countries that do business with the Islamic republic. Washington has also vowed to drive Iran's oil exports down to zero and demanded that other countries stop any such purchases.