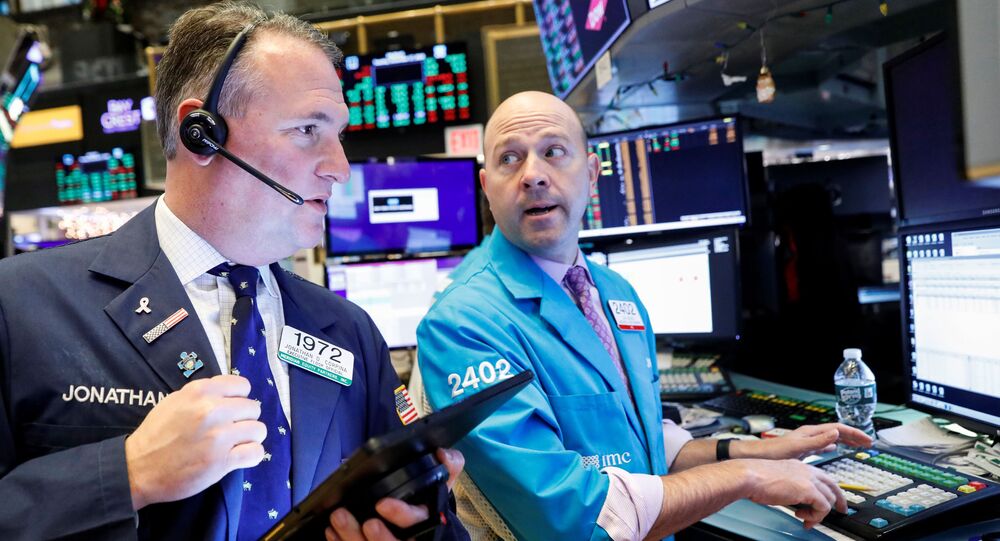 The collapse of a housing bubble in the US market in 2007 and the subsequent subprime mortgage crisis sent the American economy spiralling downwards, with banks alone losing around $1 trillion, according to some estimates. The domestic US crisis eventually spilled over to other countries, leading to a global recession in 2008.

The CEO of the Euro Pacific Capital investment company and an economic analyst known for being among the few who predicted the 2007 subprime mortgage crisis in the US that led to a global recession in 2008, Peter Schiff, has warned on his Twitter that the latest data on the American economy's performance indicates that a new recession may be just around the corner.

"Today’s revisions to Q3 GDP confirm the U.S. economy is a bubble. GDP ‘growth’ is driven completely by excess consumer and government spending, as the real economy contracts. But such spending is a function of debt, much of which can’t be repaid", Schiff said in his tweet.

The analyst further opined that the coming recession will be "brutal" and will hit the US economy hard.

This is not the first time that Schiff warns of a possible recession, but is the first time he does so with certainty about the American economy turning into a bubble. Previously, in November, the analyst advised investing in so-called safe-haven assets – ones which remain either untouched or grow in times of economic turmoil.

Government bonds have traditionally been a popular type of such assets, but Schiff noted that with most countries keeping their key interest rates low or even negative, bonds are no longer "the go-to buys", since their returns have drastically decreased. Instead, the analyst suggested partially swapping bonds in portfolios for precious metals, specifically silver and gold.

The latter has seen increased attention lately, not only from investors, but also from some governments, gaining over 15% in price this year alone. Specifically, Russia and China have become the biggest buyers of the precious metal over the last two years, while at the same time reducing their holdings of US debt. Russia has sold most of its US Treasury bonds since April 2018, investing in gold instead, while China has followed suit, ceding first place in US debt holdings to Japan in September 2019.

Why is Gold, Cash Worth Hundreds of Billions of Dollars Vanishing Into Thin Air?