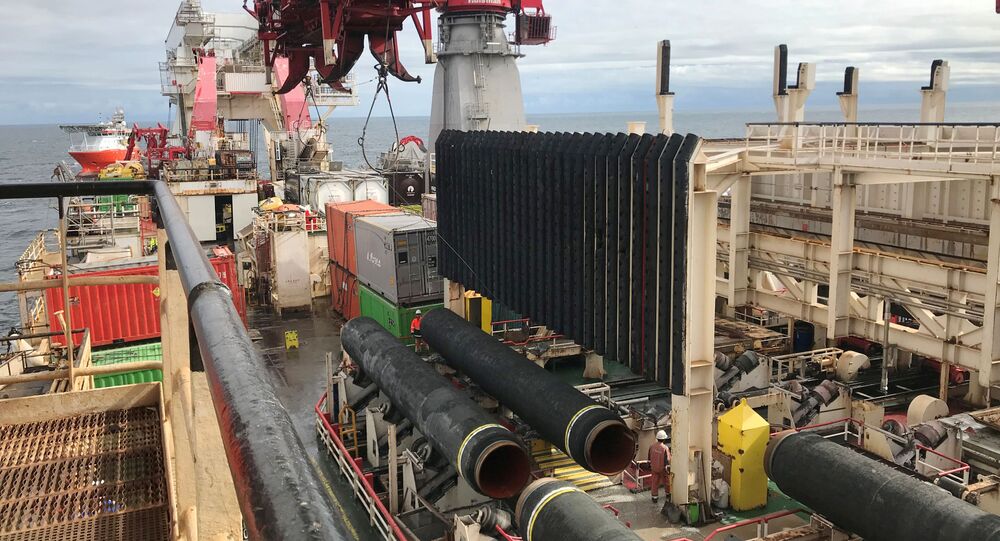 On Tuesday, the US Senate voted for the US’ $738 billion defence budget, which includes sanctions on those contractors who are participating in the construction of the Nord Stream 2 gas pipeline.

Representatives of Germany’s Social Democratic Party (SPD) have lashed out at Washington over its recent decision to slap sanctions against the Nord Stream 2 project.

In an interview with the German TV channel ZDF, Saskia Esken, one of the SPD's co-chairs, described the sanctions as “not a very friendly step”, urging Berlin to respond to Washington’s move.

She added that US policy of trying to “influence the European order” is still an issue.

Minister-president of Mecklenburg-Vorpommern Manuel Schwezig, for her part, told the RedaktionsNetzwerk Deutschland (RND) media group that she believes that the US pursues its own economic interests when it comes to the anti-Nord Stream 2 sanctions.

“This is an absolutely unacceptable decision”, she said, referring to the sanctions and adding that “Germany must decide on its own from whom and how to receive energy.”

She emphasised that Nord Stream 2 is of great importance for Germany’s energy supply and expressed concern over the project’s possible disruption.

“In the coming years, we will move away from nuclear and coal energy. The [Nord Stream 2] gas pipeline is important for the future of Germany's energy supply. I do hope that the gas pipeline will be implemented,” Schwezig said.

The statement followed the US Senate voting 86-8 in favour of the 2020 National Defence Authorization Act (NDAA), which will now be forwarded to US President Donald Trump's desk to be signed into law. The bill includes sanctions against Nord Stream 2, Turkey, and Syria along with a range of other measures.

Last week, Steffen Kotre, a German politician for the Alternative for Germany (AfD) party and a member of the Bundestag, berated Berlin for yielding to Washington’s pressure pertaining to the Nord Stream 2 gas pipeline project.

The pipeline is due to be finished before the end of this year and will carry up to 55 billion cubic meters of gas per year from Russia to Germany and Central Europe, bypassing the traditional route through Ukraine and Poland.

The US has repeatedly tried to undermine the project, threatening everyone involved with sanctions, while promoting its liquefied natural gas on the European market.

Ukraine is also actively opposing Nord Stream 2, as it fears it will lose revenue from Russian gas transit. Moscow says that the project is absolutely commercial and competitive, and that it does not imply the cancellation of the transit of Russian gas via Ukraine to the EU.