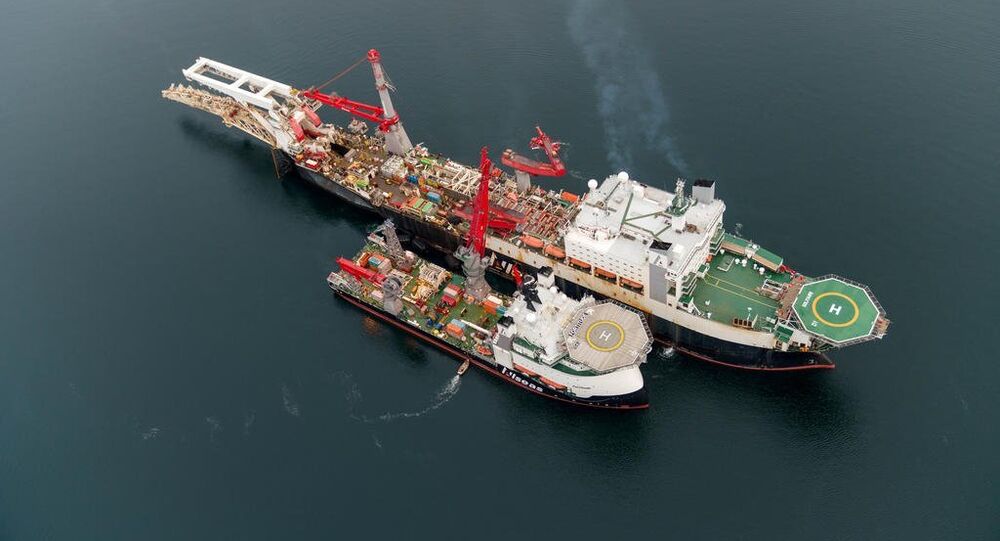 Donald Trump has reportedly signalled that he will sign the defence budget bill that was passed by the US Senate on Tuesday and targets companies building the Nord Stream 2 pipeline from Russia to Germany. However, the US proceeded with its threats against the venture just months before its completion.

Two senior officials from the US administration have admitted to Bloomberg that the years-long efforts to thwart the Russian-European venture Nord Stream 2, deemed an energy security threat for Europe by Washington, have failed. According to the insiders, the US has “little leverage” to stop the completion of the pipeline that will deliver Russian gas to Western Europe through the Baltic Sea, bypassing Ukraine.

As one of the officials pointed out, the sanctions approved by the Senate on Tuesday with the country’s military budget bill are too late to impact the project, which is nearly completed. He noted that Washington will try to target Moscow’s other energy ventures, imposing costs on them instead.

The US outlet, linked to presidential candidate and Trump’s possible rival in the 2020 election Michael Bloomberg, describes the aforementioned claim by the official as “a rare concession on what had been a top foreign-policy priority for the Trump administration”. It also adds that this proves that Washington’s allies in Europe, Germany in particular, have been “impervious” to the US pressure and that Washington has struggled to deter Moscow on a number of issues. According to Bloomberg, the White House is hoping to “sharpen its focus” as ex-Deputy Secretary of State John Sullivan, recently appointed ambassador to Russia, travels to Moscow.

Donald Trump has reportedly signalled that he will sign the country’s military budget bill for the next year, the National Defence Authorisation Act 2020, which stipulates punitive measures against the companies involved in building Nord Stream 2. The legislation, approved by the Senate on Tuesday, is expected to be signed by 20 December 2019, meaning that the sanctions could come into force already this week.

Russia, as well as several European countries, have repeatedly lambasted any attempts to interfere with their energy policies and refuted claims that Nord Stream 2 is an energy security threat.

Kremlin spokesman Dmitry Peskov has slammed the US sanctions on Nord Stream 2 as “a perfect example of unfair competition", saying that Washington is imposing more expensive gas on Europe. He continued by saying that both "Moscow and Europe dislike US sanctions on Nord Stream 2, as these measures violate international law". Prior to this, Foreign Minister Heiko Maas criticised any possible punitive measures targeting the venture.

"Decisions on European Energy Policy are taken in Europe. We reject foreign interference and, as matter of principle, extraterritorial sanctions", he said.

Nord Stream 2 to Be Completed in a Few Months

Meanwhile, the operator of the Nord Stream 2 gas pipeline project, Nord Stream 2 AG, announced that it plans to complete the pipeline in a few months, but did not intend to speculate on the completion date.

Pundits Point to Reasons Behind US Militarization of Civil Nord Stream 2, Warn of Impact for EU