DAMASCUS (Sputnik) - Syria is seeking to join China's Belt and Road Initiative, and Damascus has already proposed six projects to Beijing that could become part of this infrastructure and development concept, Syrian President Bashar Assad has said in an interview with China's Phoenix Television.

According to him, Damascus has already proposed six projects to China that are related to the infrastructure within the concept's framework of the methodology of this concept.

"We are waiting for the Chinese government to determine which project, or projects, is in line with their thinking," Assad added.

Assad noted that several Chinese companies are ready to participate in processes related to the reconstruction of Syria, but they are afraid of a negative effect from sanctions. 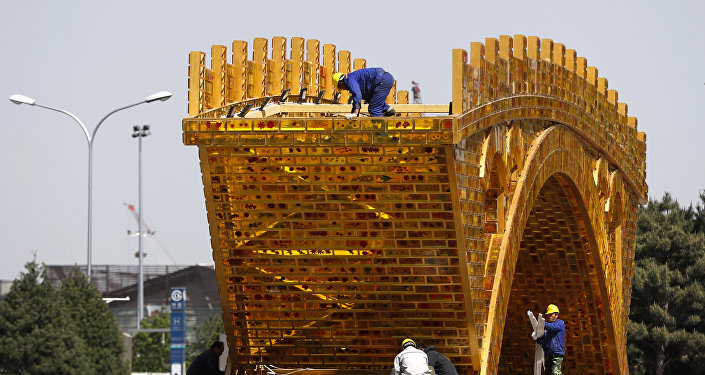 © AP Photo / Andy Wong
EAEU, Belt And Road to Create New Geopolitical Configuration in Eurasia - Russian FM Lavrov
According to the president, certain formulas have been found to bypass the sanctions imposed on Syria, which will allow foreign companies to do business in the country.

Chinese President Xi Jinping first announced the Belt and Road Initiative in 2013. Under the initiative, existing trade routes will be improved and new ones will be created, as well as with transport and economic corridors connecting more than 60 countries of Central Asia, Europe and Africa. The initiative promotes the development of trade relations between these countries and China.