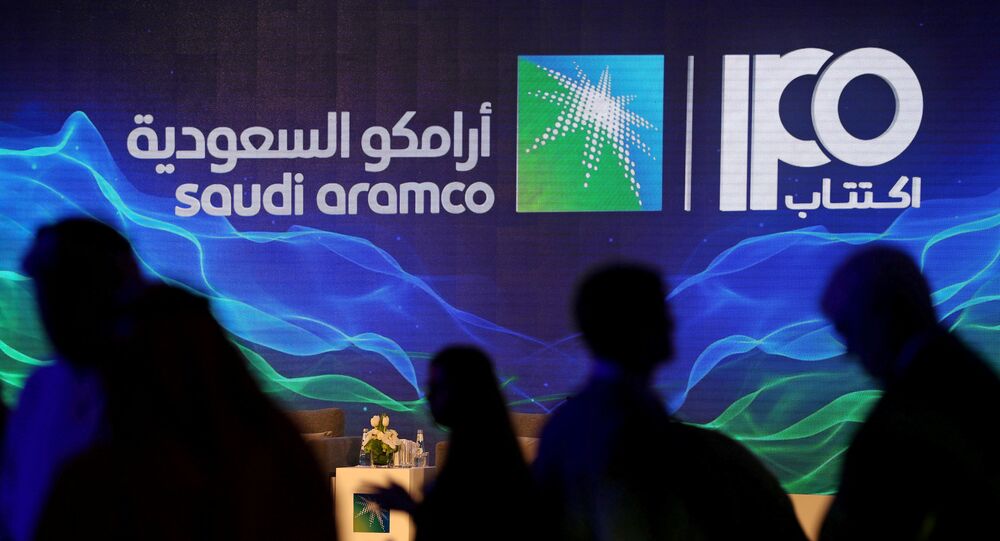 According to the company IPO, Saudi Aramco priced its shares at 32 riyals, the top of its indicative range of 30-32 riyals per share, meaning a deal size of about $25.6 billion.

Saudi Aramco's IPO generated subscriptions of $106 billion by institutional investors and, together with the total demand from individual investors, the order book hit $119 billion, the company said in the statement.

Saudi Aramco has surpassed Apple in total market evaluation as the world's most valuable stock-listed company.

The Saudi oil giant may also use the so-called 'greenshoe' option (in tradespeak the 'overallotment option'), allowing Aramco to increase the size of the deal to a maximum record-breaker of $29.4 billion.

The so-called greenshoe option - the term 'greenshoe' stems from the Green Shoe Manufacturing Company (now called Stride Rite Corporation, founded in 1919), which was the first company to implement the option - is a clause contained in the underwriting agreement of an IPO that allows underwriters to buy up to an additional 15 percent of company shares at the offering price if public demand exceeds expectations and the stock trades above the offering price.

According to earlier statements made by the Saudi government, Riyadh has viewed Aramco's IPO as one of the critical components of its 'Vision 2030' program - a national plan to diversify the Saudi economy beyond fossil fuel dependency toward a global industrial conglomerate.

According to the company, almost 70 percent of Aramco's crude exports were delivered to customers in Asia last year, where demand is projected to rise more quickly. Buyers include China, India, South Korea, Japan and Taiwan.

Saudi Aramco is the world's largest oil producer, producing some 10 percent of the world's supply, and is the most profitable company on earth, with its half-year net profit rising 12 percent, to $46.9 billion. Aramco's reports also show that the company in 2018 saw an annual net profit of $111 billion, over a third higher than the combined net income of the five 'supermajor' fossil fuel producers: Exxon Mobil, Shell, BP, Chevron and Total.

According to earlier statements, Aramco will begin trading three billion shares on Riyadh's Tadawul stock exchange on 12 December at a starting price of 32 riyals ($8.53).

© AP Photo / Amr Nabil
Saudi Aramco Reportedly Seeking War, Terror Attacks Insurance
A majority of Aramco shareholders currently are reported to be Saudis. Many Western investors remain cautious, according to reports, due to the company's managing practices, as well as the ability of the group to protect its crucial oil facilities, AFP said, alluding to fears of possible recurrences of the 14 September drone attack on two Aramco oil plants that reduced the nation's oil production to nearly a half for more than a week. Despite Houthi militants claiming responsibility for the sabotage, Riyadh and Washington blame Tehran. Iran has repeatedly denied any wrongdoing.
...
Reddit
Google+
Blogger
Pinterest
StumbleUpon
Telegram
WhatsApp
15

Saudi Aramco to Sell 1.5% of Shares on Local Stock Exchange Starting at $8 per Share