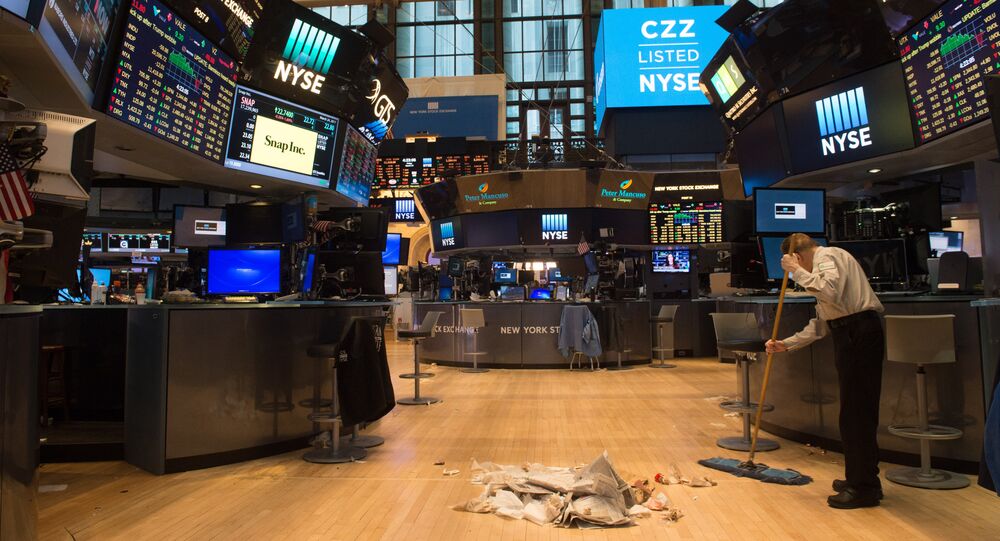 US stocks took a massive tumble on Tuesday after US President Donald Trump stated that a trade deal with China likely wouldn’t be inked until after the 2020 presidential election - a revelation which ultimately saw the Dow Jones Industrial Index close 280.23 points in the red.

Prior to exchanges closing, Trump downplayed the market’s reaction to his statements, telling reporters that Tuesday’s losses were “peanuts” when compared to the gains the market has seen since his 2016 election.

“No, I have to tell you: if it’s not going to be a good deal, I’m not signing a deal,” Trump said. “We have picked up record numbers, so that’s OK. That’s the way I feel.”

Trump’s remarks on closing a US-China trade deal in 2020, which came as the president attended the NATO summit in London, quickly sent the Dow on a steep decline of more than 400 points in early morning trading.

“Today’s session will hinge on the market’s interpretation of Trump’s overnight comments which concluded he has no deadline for a trade deal with China,” Ian Lyngen, head of US rate strategy at BMO Capital Markets, told CNBC.

“There are several potential reads of these remarks; the first of which would simply be to take them at face value and assume the trade war will be a semi-permanent facet of global commerce throughout next year,” Lyngen continued. “There is also the very real probability he’s simply raising the stakes as a negotiating tactic.”

Trump had earlier told reporters in London that “in some ways, I like the idea of waiting until after the election for the China deal, but they want to make a deal now, and we will see whether or not the deal is going to be right.”

When Trump was asked whether had a deadline for the trade deal, the American commander-in-chief stressed that he had no target date. “I have no deadline, no,” he said plainly.

The latest developments come as the US and China have spent multiple weeks attempting to close a “phase one” trade deal in an effort to resolve a protracted tariff war between the two countries which began in early 2018 and has continued to negatively affect US businesses and financial markets. Additional US tariffs are scheduled to go into effect on December 15 on some $160 billion worth of Chinese goods.