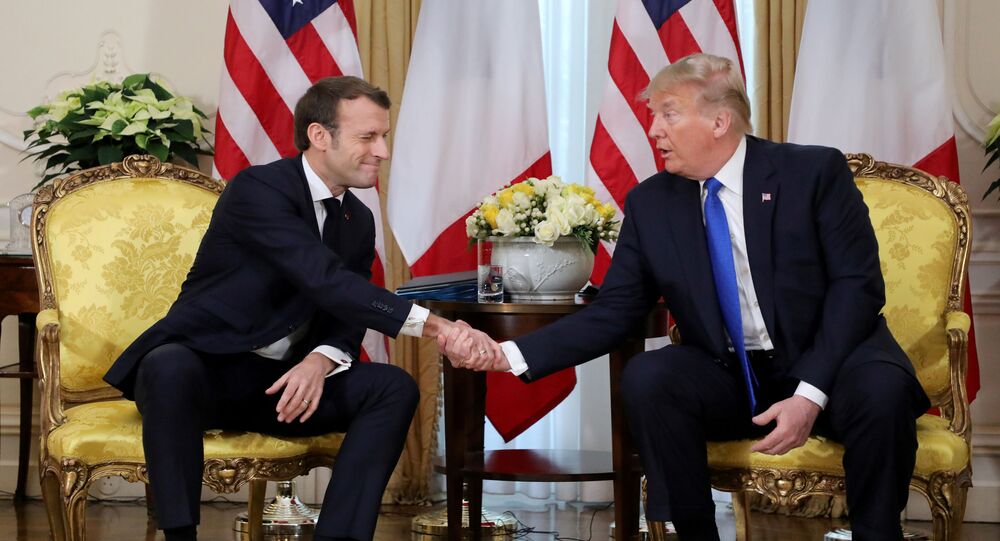 The Trump administration has threatened to slap tariffs of up to 100 percent on $2.4 billion worth of French goods in retaliation for a digital services tax it says is discriminating against American companies.

The French government is hopeful that there is time to avoid new US tariffs on French merchandise, the secretary of state (junior minister) for the digital economy said on Tuesday.

"We hope that there is still room for discussion and for consultation and that this is not the end of the story," Cedric O told AFP.

It comes after Donald Trump, earlier in the day, threatened to slap taxes on France for "taking advantage of American companies."

US threatens with $2.4bn tariffs

On Monday, the US Trade Representative announced that it had completed the first part of its investigation into France's new measure, which charges a 3 percent tax on the local revenues of multinational tech giants like Google, Facebook, Amazon and Apple.

The tax was adopted in the summer despite threats of retaliation from the US and criticism from US tech firms, and was retroactively applied to digital services revenue as of early 2019. It is meant to stop tech firms from avoiding taxes by putting headquarters in European tax havens.

The Trade Representative described the tax as "unreasonable" and "discriminatory" for US commerce. It also threatened to impose punitive duties of up to 100 percent on $2.4 billion in French imports, including sparkling wine, handbags, cheese, and more. The public comment period on the new tariffs will last until 6 January, with the deadline for submission of post-hearing rebuttal comments set for 14 January 2020.

Beverage producers call on Macron to step in

Responding to the announcement today, the French Wine and Spirits Exporters Association (FEVS) called on President Macron to protect it against the US threats.

Other types of French wines have already been affected by $7.5 billion US tariffs, levied in October after the WTO ruled that the subsidies given to the aerospace group Airbus were illegal.

"For six weeks now, our companies have been strongly affected by the Airbus litigation. We must avoid creating new problems," FEVS Chairman Antoine Leccia said in a statement.

"We therefore solemnly call on [President Macron] to take, from today, all the necessary initiatives, at national, bilateral and international levels, so that our sector does not pay the price of the economic and political choices made by France."

French Finance Minister Bruno Le Maire said that the European Union was ready to retaliate should the US go ahead with the tariffs.