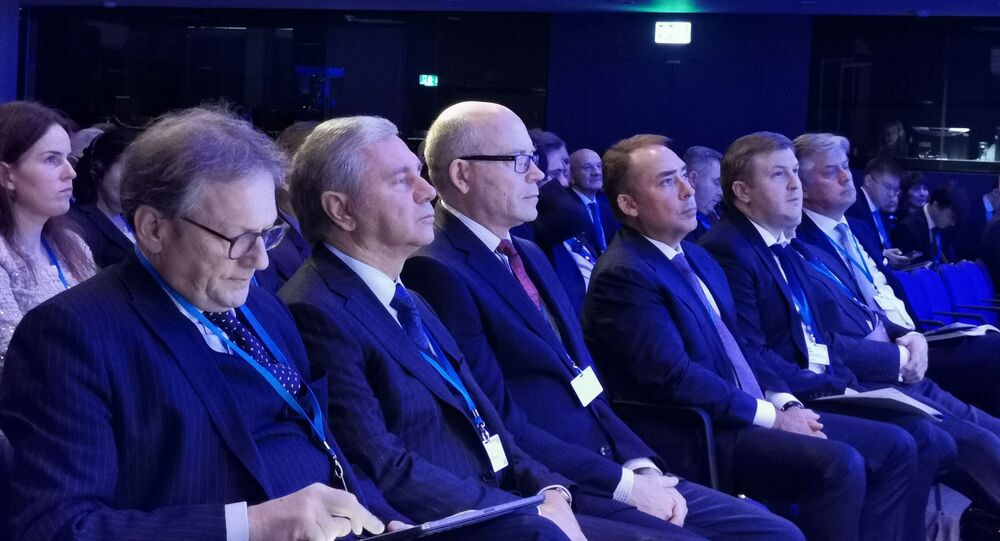 Speaking to attendees at the forum on Wednesday, one of Russia's top officials addressed both the challenges and opportunities in striking business deals between Russia and the United Kingdom amid the Western-led sanctions regime, as well as the reason why the London-based event was a crucial platform for resolving such crises.

Dr Boris Abramov, Russian Trade Representative to the UK, discussed the progress the forum had made in recent years, as well as the impact of Russian sanctions on bilateral trade and business partnerships between Moscow and London.

Sputnik: How would you compare this year’s Russian-British Business Forum to previous four?

Boris Abramov: This has turned out to be a very special forum, and for many reasons. We've had a record number of participants - over one thousand - two Russian high-tech products were launched in Europe, with one in finance and another in artificial intelligence.

Also, a number of business negotiations have resulted in concrete agreements of cooperation between Russian and British companies. Talks were also held on new British investments into UK businesses in Russia, and we think that dialogue was quite constructive and beneficial on both sides.

We aimed to show a real picture of what is possible to achieve in Russia, namely how our country could attract British businesses. Likewise, our British partners told us about the opportunities the UK could offer to Russian businesses and on what conditions.

Sputnik: The overarching condition is, of course, the political climate. And it han't changed, has it?

Boris Abramov: No, the political climate hasn’t changed but many businessmen who spoke at this forum said that what really mattered to them was economic viability. So even under the strict compliance with the Western sanctions regime, there are plenty of mutually beneficial opportunities for businesses from our two countries to work together. And at this forum, we have heard a lot of success stories.

Sputnik: We also hear from Western businesspeople and even politicians that Russia has learnt to live with sanctions, under sanctions and despite sanctions. How accurate is such an assessment?

Sputnik: Will it adapt to Brexit, if and when? Does Brexit impact on British-Russian trade?

Boris Abramov: Formally, nothing has changed since Russia has been trading with the UK on World Trade Organisation (WTO) rules. But Brexit is about to change the ecosystem of Britain’s trade relationships and this will impact Russia’s position in the UK's trade networks.

We hope these changes will be for the better, since could be opportunities to update trade arrangements between us, not solely in Russia’s favour, but in favour of the mutually beneficial business partnership between our two countries.

Over 1,000 people, including numerous delegates at the state, business and media level attended the fifth-annual Russian-British Business Forum, which took place at the Queen Elizabeth II conference centre on Wednesday.

Forum organisers included Minpromtorg Russia, Roscongress, the Trade Delegation of Russia in the UK, and Eastern Seasons, with Sberbank, Aeroflot, BSI Global Group and Synergy University as partners. Further media partners and supporters included TASS News Agency, Gazeta.ru, The Russo-British Chamber of Commerce, the Westminster Russian Forum, and many others.