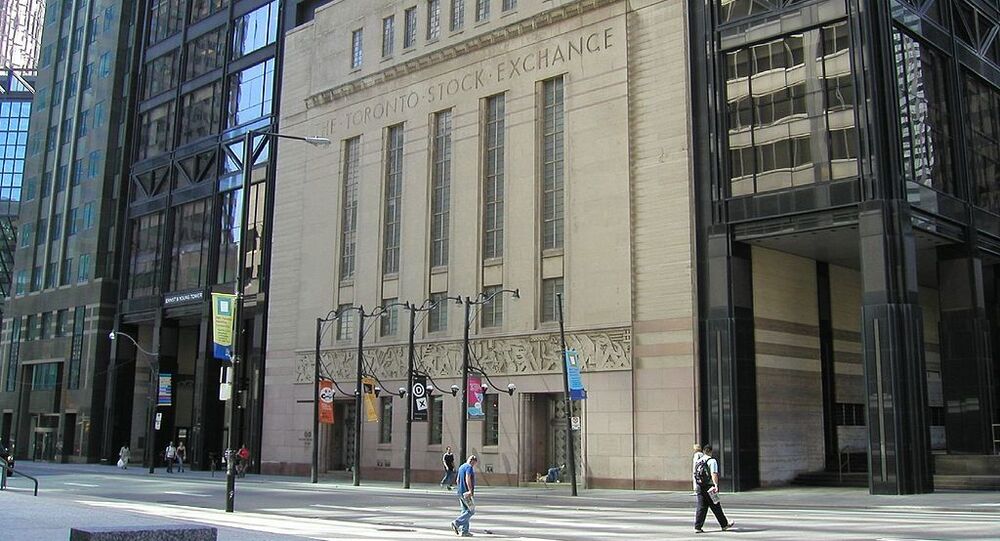 Asian markets have likewise been in a nosedive, as Donald Trump inked two pieces of legislation, prohibiting the export of crowd control munitions to Hong Kong police and threatening sanctions against officials responsible for human rights abuses in the territory.

December futures on the S&P/TSX index were down 0.15 percent by the start of the pre-open session at 7:00 am ET (12:00 pm GMT). The S&P/TSX composite index on the Toronto Stock Exchange rose by 0.38 percent on Wednesday.

It comes after US President Donald Trump signed into law a bill that requires the US government to impose sanctions against officials involved in human rights abuses in Hong Kong, including in the removal of special trade benefits. A second bill bans the sale of crowd control weapons, such as tear gas, rubber bullets, pepper spray and stun guns, to Hong Kong police. Both bills passed the House and the Senate last week.

China denounced the bills as an act of interference in its domestic affairs and vowed to retaliate. The US and China are involved in a protracted trade war, where tens of billions of dollars are at stake, and Beijing has signalled that it doesn’t want to include the Hong Kong issue in the prospective trade deal. The new laws are likely to complicate bilateral trade negotiations.

Anti-government protests have rocked the semi-autonomous territory since June; they first erupted as a movement against the now-withdrawn bill that would allow extraditions to mainland China. The protests soon turned violent, with demonstrators blocking traffic and throwing Molotov cocktails.

Since June, Hong Kong police have arrested over 4,500 people in connection with the protests, which snowballed into a massive movement demanding amnesty for arrested protestors and universal suffrage for Hong Kong’s legislative and executive branches. Beijing views the situation as a direct result of foreign interference in its internal affairs and expresses full support for the local authorities.

Over the weekend, the Hong Kong pro-democratic bloc secured a landslide victory in elections to the district council.