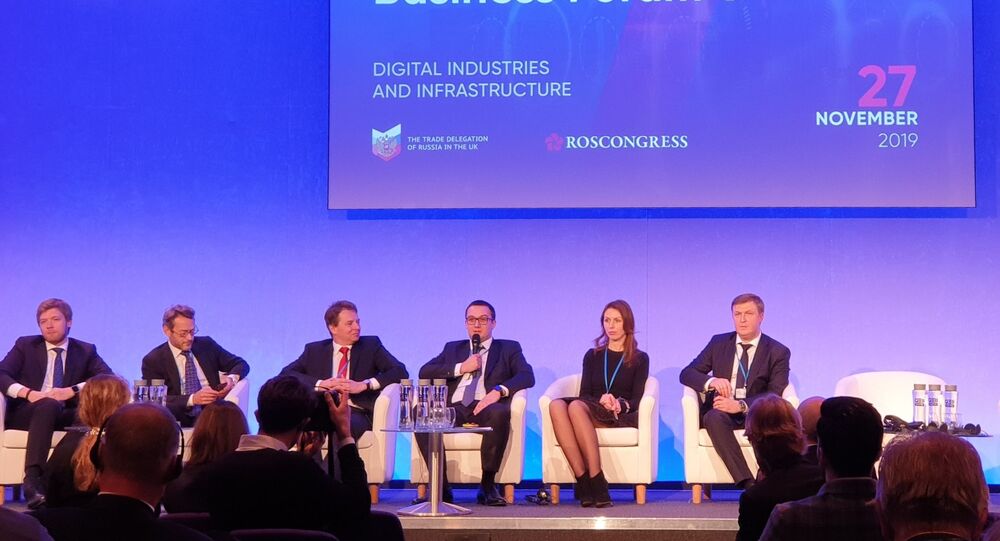 A British businessman attending the Russian-British Business Forum 2019 on Wednesday asked a panel of entrepreneurs from both countries if they were feeling the pressure of Russophobia in the UK, and whether it had impacted their businesses.

The question was posed during the event's "Developing export potential: challenges and opportunities for Russian business" panel discussion. According to the panel member, anti-Russian sentiment across the UK had stooped so low that some of his friends in Britain believed that Jeremy Corbyn was a closet… Russian!

Sputnik: How has Russophobia had been affecting the tech sector across the UK? Which knock-on effects have you noticed, including those in Russia?

Guy Willner: It’s both negative and positive. On one hand, it’s very difficult to raise capital for investment for infrastructure in Russia, and we are very capital-intensive. On the other hand, Russia is not being steamrolled by Western companies who are taking everything over, so we have less competition, which allows us an opportunity to build. And also, we are seeing a lot of Russian service and internet companies growing because they are allowed to grow within the country. There s actually a lot of creativity inside Russia.

Sputnik: Quite a few Russians would argue now that sanctions were a good thing and taught the Russians how to persevere, with some now saying that they should remain in place so that Russia grows even bigger internally.

Guy Willner: Certainly, in terms of the food sanctions it was a kick start for the whole agribusiness economy in Russia. And you can see that every day there’s a new business opening in Russia in the food industry. That’s certainly changed things a lot. I think Russia has learnt to live with the new normal, with the sanctions. And Russia has always been very creative, and many creatives responses have happened.

Sputnik: Despite sanctions, this is the fifth Russian-British Business Forum in a row and things do not seem that bad. Are you sensing an improvement, and what are your predictions for the future?

Guy Willner: Well, certainly, in our space, in the technology space - data centres and internet – it’s a very fast-growing sector in the Russian economy. The data centre sector is growing at about 22 percent annually and may continue to do so for the next five years, whereas Western Europe and the US are slowing down as the industry is now saturated and matured. So there’s a good five years of very rapid growth in Russia, right across the regions. That’s what we expect in our sector.

The Russian-British Business Forum entered its fifth annual instalment at the Queen Elizabeth II conference centre on Wednesday, with dozens of state, business and media leaders from across Russia, the UK and beyond attending the meeting. Top officials included Boris Titov, Presidential Commissioner for Entrepreneurs' Rights, Boris Abramov, Russia Trade Representative to the UK, Ryan Chilcote, US global affairs and economic journalist, Rupert Gather, Chief Executive, Invest UK, Vadim Zhivulin, Deputiy Minister of Economic Development of the Russian Federation, among many others.

The event, which invovles speeches as well as panel and roundtable discussions, aims to strengthen cooperation between London and Moscow. Forum organisers included Minpromtorg Russia, Roscongress, the Trade Delegation of Russia in the UK, and Eastern Seasons, with Sberbank, Aeroflot, BSI Global Group and Synergy University as partners. Further media partners and supporters included TASS News Agency, Gazeta.ru, The Russo-British Chamber of Commerce, the Westminster Russian Forum, and dozens more.