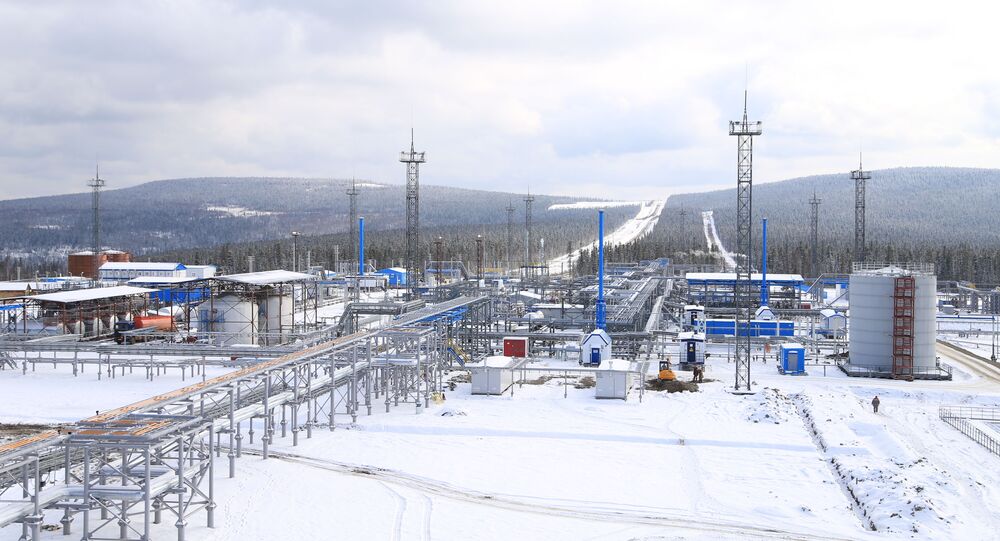 The 4,000 km pipeline network, capable of transporting up to 61 billion cubic meters of natural gas per year, including 38 billion for export to China, has been touted as an important component in the growing strategic partnership between Russia and China.

An official ceremony to launch the Power of Siberia gas pipeline will be held in December, Chinese Foreign Ministry spokesman Geng Shuang has confirmed.

“This is a strategic project of Russian-Chinese cooperation in the energy sector. It is extremely important for deepening comprehensive cooperation. Thanks to the efforts of both countries, it is expected that the pipeline will be commissioned, and the supply of the first gas, will begin in December. In connection to this, a ceremony dedicated to the project’s completion will be held,” the spokesman said, speaking to reporters at a briefing on Tuesday.

Geng promised that further details would be provided at a later date.

A day earlier, Yuri Ushakov, an aide to the Russian president, told reporters that President Vladimir Putin and Chinese President Xi Jinping would take part in a joint teleconference next month for the launch of the Power of Siberia pipeline.

In May 2014, Russian gas giant Gazprom and the China National Petroleum Corporation signed an agreement on the creation of a major new pipeline system to supply Russian gas to northeastern China. The 30 year agreement envisions the annual supply of about 38 billion cubic meters of Russian gas to the Asian industrial giant. As an added bonus, the pipeline will also be able to transport tens of billions of cubic meters more to the domestic Russian market in Russia’s Far East.

The pipeline will deliver gas from two eastern Siberian gas fields: Chayandinsky in Yakutia and Kovyaktinsky in Irkutsk region (the latter is expected to come online in 2021). In the Russian Far Eastern city of Khabarovsk, the pipeline will connect to the Sakhalin-Khabarovsk-Vladivostok pipeline, with plans to convert some of the gas in the network to LNG for export to Japan. The project’s cost includes an investment of the equivalent of about $12 billion for the construction of the pipeline itself, and $6.7 billion more for investment in gas production.

Earlier this year, Gazprom announced ambitious plans to account for over a quarter of China’s gas imports by 2035 amid the Asian economy’s growing demand for clean energy.

The Power of Siberia is one of several major projects demonstrating the growing political and economic strategic partnership between Russia and China.