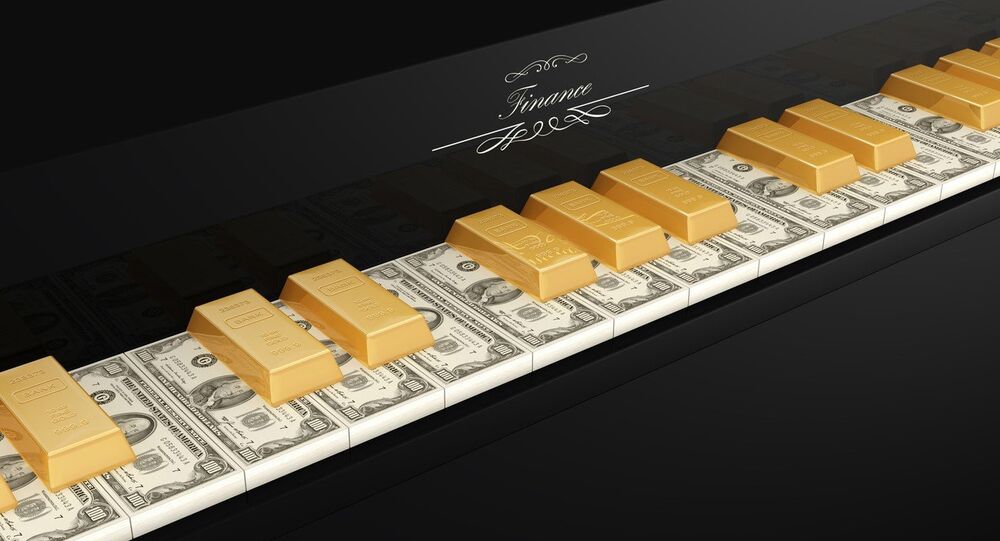 US President Richard Nixon unpegged the dollar from gold in 1971, with the greenback becoming a fiat currency (albeit a powerful one) and losing nearly 80 percent of its value since then.

29.3 percent of Americans still believe that the US dollar is backed by gold, a new study published by Hong Kong-based cryptocurrency company Genesis Mining has found, cryptocurrency news website CryptoCoinsNews has reported.

According to the study, titled “Perceptions of Money and Banking in the United States 2019,” only 30.1 percent of respondents correctly stated that the dollar is formally backed by the US government. 23.6 percent more said they didn’t know, with 7.1, 5.8 and 4.1 percent answering “nothing,” “bonds,” or “oil,” respectively.

Since the US went off the gold standard in 1971, the dollar has been backed by the “full faith and credit” of the US government, although skeptics in the cryptocurrency community have argued that it would be more accurate to say that it is backed by the power of the US military and its missiles, military bases and aircraft carriers.

The survey also found that Americans have other misconceptions about banking and finance, discovering, for example, that only 52 percent of respondents know that banks do not hold 100 percent of their customers’ deposits in their vaults, with the other 48 percent answering that they thought they did or “I don’t know.”

The study also asked respondents who decides when more dollars are printed, with 58.8 percent answering the Federal Reserve, 18.4 percent saying they didn’t know, and between 1 percent to 8.8 percent offering answers ranging from “US citizens,” to banks, the White House, Congress, and “the US Mint.”

Genesis Group CEO Marco Streng told CryptoCoinsNews that Americans’ less than stellar answers show that unlike countries such as Argentina or Venezuela, which have experienced tremendous uncertainty over their currencies in recent years, “Americans don’t have to really be worried about dramatic value fluctuations or strict capital controls” thanks to the present overall stability of the US currency and financial system.

The dollar has long enjoyed the coveted status of the world’s reserve currency, with all oil purchased from the powerful energy cartel known as the Organisation of Petroleum Exporting Countries (OPEC) priced in dollars, and many countries carrying out their trade operations in dollars out of convenience. It’s estimated that some 90 percent of the global trade in oil and oil products, and 60 percent of trade overall is priced in dollars. This has allowed the US to engage in economic policies which other countries couldn’t dream of, including printing vast quantities of dollars and exchanging them for actual physical products as imports, and not suffering the traditional side effects of overprinting money, including hyperinflation and currency collapse.

However, some countries and companies have recently started to challenge the dollar’s status, including by switching to other major currencies, such as euros or the Chinese yuan, or by increasing trade in their own currencies.

Genesis Mining is a major cryptocurrency mining company based in Hong Kong, with mining operations in Iceland, Canada and Bosnia. The company did not provide details on the survey's methodology.