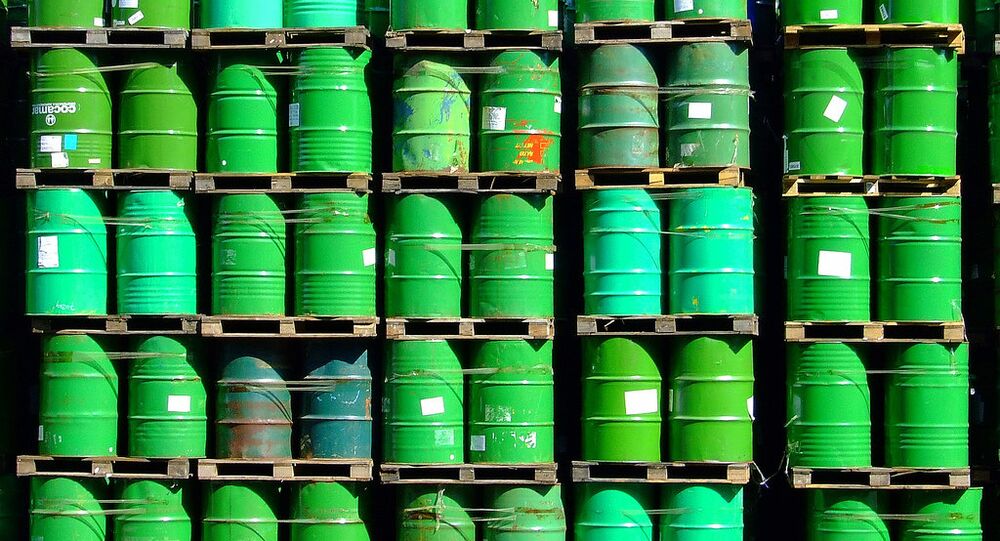 The US dollar currently enjoys the coveted status of the world’s de-facto reserve currency, with all oil purchased from the powerful cartel known as the Organization of Petroleum Exporting Countries (OPEC) priced in greenbacks. However, some countries have recently attempted to challenge this state of affairs.

Russian energy giant Rosneft, the world’s eighth largest oil and gas company by total revenue, and the largest in terms of production volume and reserves, has completed the switch away from the dollar in favour of euros in export contracts, company CEO Igor Sechin has announced, speaking to participants at the Eurasian Economic Forum in Verona, Italy this week.

“We haven’t just started this work, but already competed it. All of our export contracts are already being implemented in euros and the potential for working with the European currency is very high,” Sechin said, The energy giant’s decision was “a forced measure in order to limit the company from the impact of the US sanctions," the official explained.

Sechin also commented directly on the dollar’s status as the world’s reserve currency, saying he believed China had the potential to challenge the dollar in the near future.

“I think that the yuan will have the best chances of being used as a reserve currency due to the growth of the Chinese economy,” he said. According to the official, although the dollar is being used in over 60 percent of global trade today, including a whopping 90 percent of trade in oil and oil products, this picture will change over the next decade.

“Turning to the not so distant past, we see that financial monopolism can and must be resisted. Therefore, in ten years, we will witness a completely different picture; with the growing role of the Chinese economy the yuan’s share can grow form the current 2-5 percent to much higher values,” Sechin argued.

Rosneft set the euro as the default currency for its oil export contracts earlier this month amid US threats to sanction the company over its continued operations in Venezuela. The Russian company had earlier defied US Treasury threats to slap secondary sanctions on entities cooperating with Caracas. Rosneft’s involvement in Venezuela has helped the country maintain access to traditional customers in China and India after Washington slapped severe restrictions on the Latin American country’s energy sector. The US sanctions snapped into place after the US and its allies recognised opposition lawmaker Juan Guaido as Venezuela’s ‘acting president’,  with Venezuelan authorities describing that move as an attempt to carry out a foreign backed coup d’état against the legitimate government.

Russia’s Ministry of Finance announced late last year that it was considering switching to euros in trade with the European Union, although the timeframe of the switch remains unknown.

Last month, Finance Minister Anton Siluanov said the threat of US sanctions against Russia’s sovereign debt market had prompted Moscow to create the infrastructure to be able to use the yuan and euro for loans instead. Additionally, while continuing to dump its dollar-denominated assets over the past year and a half, Moscow has been growing the share of yuan-denominated obligations in its forex reserves, increasing them by 15 percent since 2018. Earlier this year, Russian media reported that Russia and China are considering increasing the share of trade in national currencies to up to 50 percent in the coming years.

Russia is one of several developing countries moving away from dollar trade, with Iran, China, Turkey and India expanding the use of local currencies in trade in recent years.