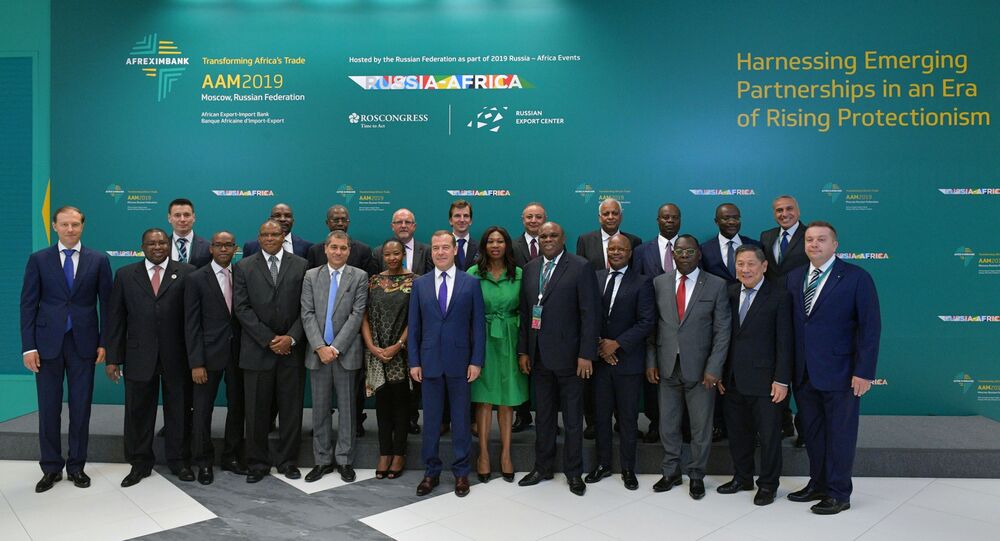 SOCHI (Sputnik) - Russia is a “strong partner” who is welcomed to invest in Africa and help cover the continent’s needs totalling $2.1 trillion, the president of African Export-Import Bank (Afreximbank), Benedict O. Oramah, stated.

“The continent requires about $1 trillion in the next 10 years for infrastructure, trade finance requires $1.1 trillion. No one party alone can provide this. Africa needs to spread its wings. We think Russia is a strong partner that can come in. It’s only when we spread our wings, when we can hope to begin to attract the investors, the relationships, the markets that will help us develop the continent”, Oramah said on the sidelines of the Russia-Africa forum in Sochi.

“We are aware of countries that are entering into agreements for railways with Russian companies, Russian agencies, doing such kind of investments, which do not involve us now. But I'm sure when they want to implement them, we can also finance”, Oramah said.

The bank’s president stated earlier in the day that Afreximbank expected to sign about 19 deals at the forum, worth somewhere between $4 billion and $5 billion. At the same time, the total worth of deals signed at the forum could be three times more than that, he said.

The Russia-Africa summit and business forum, co-chaired by the presidents of Russia and Egypt, kicked off earlier in the day. Over 40 African nations are represented by heads of state or government at the summit, while 11 others have sent their vice presidents, foreign ministers or ambassadors.