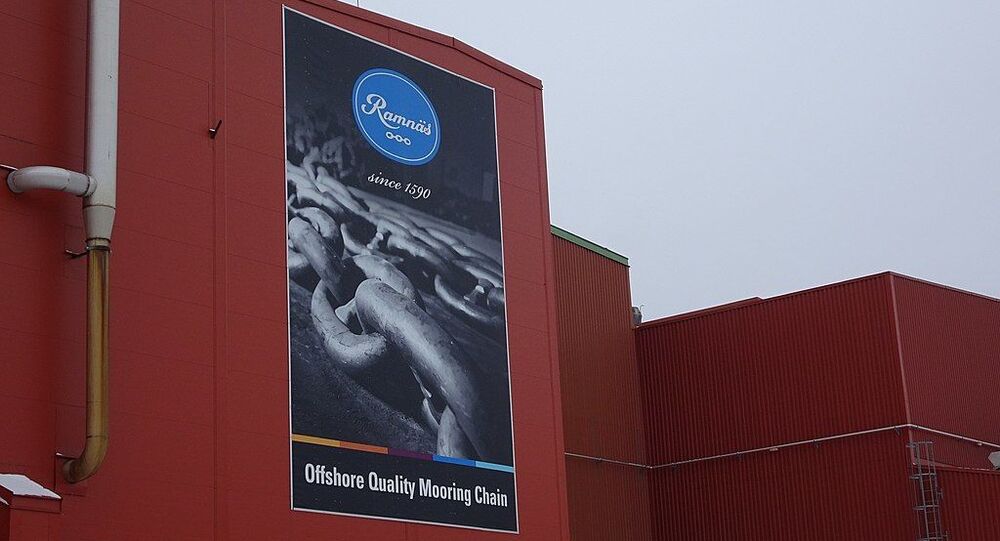 One of Sweden's Oldest Companies Goes Bankrupt After Over Five Centuries

The factory, located in Värmland County in western Sweden, was started in 1590 and until recently produced chains for ships and oil platforms.

Ramnäs Bruk AB, one of Sweden's oldest companies, has filed for bankruptcy at its own request. By the company's own admission, the debts keep accumulating faster that it is able to pay them off. About 40 employees have been affected by the decision.

“We have arrived in a position where we saw that we did not have a forecast of future revenues that could cover our expenses and liabilities. It was simply a forced move”, CEO Magnus Westher told national broadcaster SVT.

The factory was founded in Värmland County in 1590. In more recent times, it made a name for itself producing chains for ships and oil platforms.

“It's an incredibly sad message, especially with regard to the employees and their families, but also because it's a local company dating from far back in time,” Johanna Skottman, a member of the Surahammar municipal council, told SVT.

The local trade union has pinned it hopes on another owner purchasing the factory and keeping the historical business running.

“This way, we can keep our jobs and take advantage of the expertise that has been built up in the company,” Tony Bölja, vice chairman of the trade union IF Metall Bergslagen, told SVT.

“It's up to the bankruptcy trustee to find a new buyer. It is very sad for everyone affected, but we keep our fingers crossed that a new organisation will be put together shortly,” Claes Nilsson of IF Metall Bergslagen said.

Ramnäs Bruk AB in Surahammar, a tiny town of 1,400, has been one of the last surviving remnants of a bygone era in the Swedish district of Begslagen, where mining and metallurgy have been important since the Middle Ages. Bergslagen retained the reputation of an industrial powerhouse until the Steel Crisis of the 1970s, which struck a deadly blow to the Rust Belt in the northern US, the English Midlands and Germany's Ruhr Area.