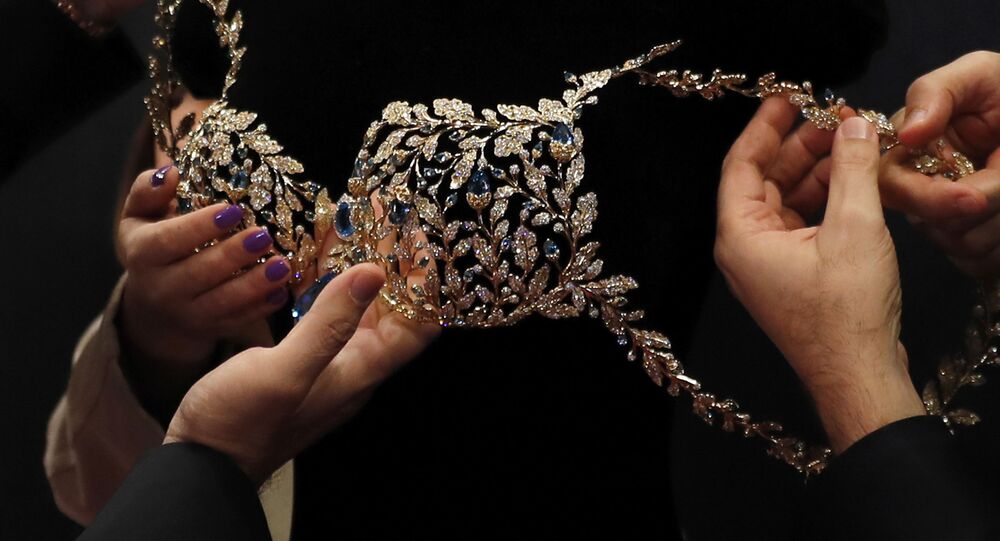 After the lingerie company’s top manager dared to drop a couple of fat and transphobic remarks last year, many lost hope of the giant taking the path of diversity. However, it did, with some questioning whether VS means it for real.

Victoria’s Secret has launched a fresh lingerie campaign recently, but their choice of models, including a transgender person and a plus-size one celebrating diversity as they look into the camera in a set of semi-transparent black pieces of underwear, quickly ended up in critics’ crosshairs.

“The Bluebella for Victoria’s Secret campaign features a diverse set of models, including a transgender model and plus-size model”, the caption to the campaign pictures reads, as was first reported by Women’s Wear Daily.

The wording, as well as the photo shoot itself, was largely seen as a rehab attempt following a number of controversies that have engulfed the lingerie titan over the past few years.

As early as November last year, CMO Edward Razek made headlines with his transgender- and fat-phobic remarks to Vogue, triggering a wave of sweeping backlash, while months later, the controversy peaked as an indie brand lashed out at VS for allegedly copying its designs. On top of this, however disappointing it was for VS’ management, owner Les Wexner’s ties to the late sex trafficker and abuser Jeffrey Epstein likewise came under increased scrutiny, miring the reputation of the company at large.

In a more recent development, the head of stores, April Hoult, resigned on Thursday for unspecified reasons, according to a CNBC report, while The New York Times reported later in the day that 50 people were made redundant in the company.

Witnessing the firm’s attempted redo, many remembered the MeToo movement, and the way it led VS’ sales to fall, although the company’s market share still amounted to a staggering 24 percent.

Many critics viewed the company’s “dated” campaign as not really a credo that the lingerie brand’s marketing specialists put all their faith and devotion into. According to Fashionista Editor-in-Chief Tyler McCall, Tate Cutler, VS’ first plus-size model, “developed a reputation as being fat-shaming", while Refinery29’s Channing Hargrove dubbed the hiring of Tate Cutler “too little too late", which comes as a recurrent stance on social media.

“This is the perfect example of Victoria’s Secret reacting to the consumer, not being proactive”, retail analyst Charcy Evers shared with The Daily Beast. “It appears very disingenuous, like [VS] is shifting their position all of a sudden and saying that because they hired a transgender or plus-size model, it means they’re ‘inclusive’”.

Evers went on to explain that VS’ rivals like Aerie and Third Love have long taken the path of relatable advertising, which they believe should go with the times. “Keep this in perspective—Aerie launched their campaign of ‘real women’ in 2014. That’s five years ago. It took Victoria’s Secret five years to [do the same]?”

Elizabeth Shobert, VP of marketing and digital strategy for StyleSage, appears to echo the same stance on the largely perceived belated marketing attempt:

“Are diverse ads the right thing to do? Sure. Do I think that VS is doing it because their culture has fundamentally changed and they really mean it? Not so sure”, she said, adding that the campaign “is still highly stylised” and fairly generic.

VS’ scepticism towards diversity has long been debated online, with Twitter users expressing how appalled they are about the company’s refined campaigns:

After her (Devon Windsor) terrible thoughts on ppl of color & diversity....she is still employed by Victoria Secret. I would never watch or buy anything from them. pic.twitter.com/qC6OzmVtLU

Do you think that the Victoria Secret's Fashion Show empowers women and their bodies, or lacks a promotion of diversity and inclusion? Do you think that these things are not the point of the show and that it is simply an artistic display of the season's pieces? #fresheyes pic.twitter.com/bHEOJp1lFC

How ungrateful!! Rihanna came to spread some diversity and make every woman on Earth feel beautiful, special and worthy. Go to Victoria Secret and try to buy sizes for big girls... 👀 We don't deserve RiRi, she's an angel. pic.twitter.com/m03k9B3H7p