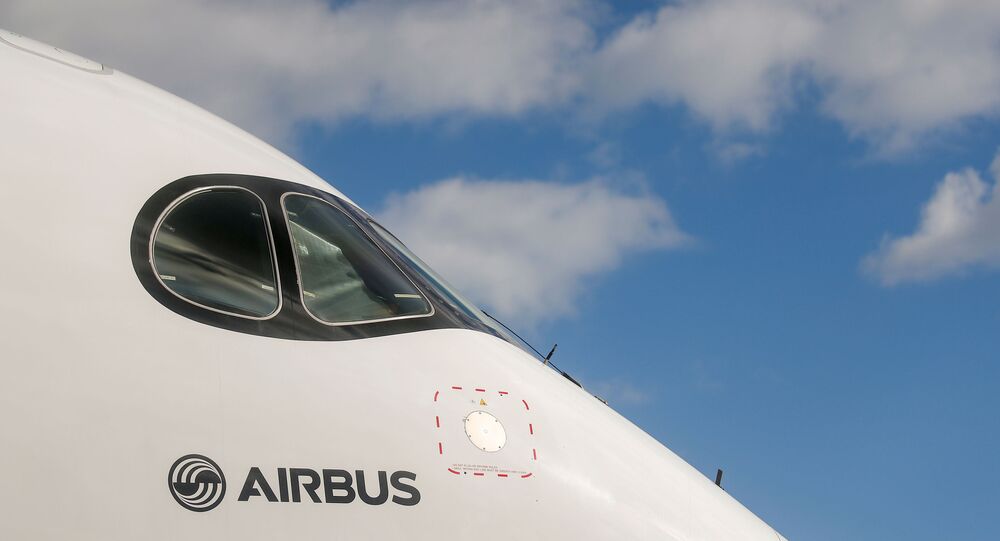 WASHINGTON (Sputnik) - The United States has won its $7.5 billion Airbus subsidies case and is requesting the World Trade Organization (WTO) to approve 10 percent tariffs on civil aircraft from the European Union, the Office of the US Trade Representative said in a press release.

"The United States has won the largest arbitration award in World Trade Organization (WTO) history in its dispute with the European Union over illegal subsidies to Airbus," the release said on Wednesday. "The award of $7.5 billion annually is by far the largest award in WTO history - nearly twice the largest previous award."

Moreover, the release said the United States has requested the WTO schedule a meeting on October 14 to approve a US request to impose a 10 percent tariff against large EU-made aircraft.

The United States is also seeking a 25 percent tariff on agricultural products imported from EU-member countries.

US Trade Representative Robert Lighthizer said in the release that the United States will begin imposing WTO-approved tariffs on certain EU-made goods on October 18.

Lighthizer added that the administration expects to begin negotiations with the European Union to resolve these trade issues.