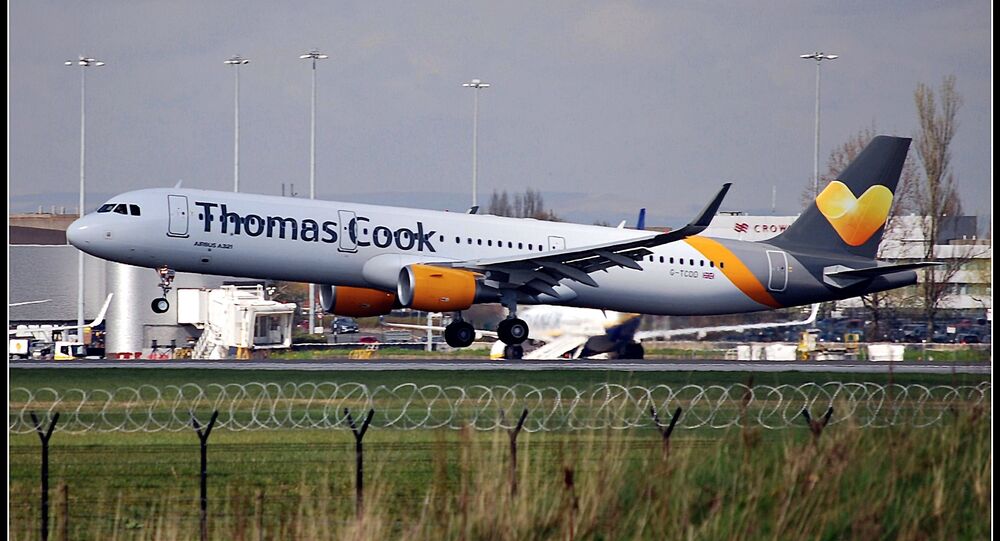 The news comes a day after reports emerged that the company was trying to secure a £900m rescue package to avoid insolvency following numerous profit warnings.

Shares of the world's oldest travel agency plummeted 7.7 percent to 4.6p on Monday following news over the weekend that a Sunday Times article cited the Civil Aviation Authority (CAA), Britain's aviation regulator, said that the company was on the verge of collapse and may need to repatriate millions of passengers if the company were to fail.

(It’s not uncommon for UK to lose financially-fragile airlines in September/October period, the time of licence renewal & following summer, ahead of winter). #aviation pic.twitter.com/km3hRNkL2J

The Financial Times also said this weekend that the company had tried to postpone a meeting with bondholders scheduled on Wednesday to secure the nearly £1bn rescue package with Fosun International, a Chinese investment firm and Thomas Cook's primary shareholder.

Thomas Cook's Air Travel Organiser's Licence must be renewed by 1 October, putting added pressure on the travel firm to complete its restructuring. Advisory firm AlixPartners have been waiting on standby in case talks between Thomas Cook and Fosun fall through.

After weeks of discussion, Chinese group Fosun has finalised a rescue deal with Thomas Cook. It has been a terrible year for the troubled UK travel firm, with Thomas Cook's share price falling 93%.

But the travel firm has reassured its customers that it the restructuring would have "no impact" on the company's operations and that its flights had been "unaffected and continue to operate as normal".

The UK travel industry has been battered in recent years by collapsing profits and waves of strikes, with British Airways launching a two day strike 9-10 September, with further industrial action set to take place on 27 September, cancelling over 1,500 flights. Thomas Cook has also issued a £1.5 profit loss in May this year whilst announcing similar warnings in February, blaming the tumbling earnings on the summer heatwave to lower travels to the Middle East. Following the announcements, the firm said it would sell some of its assets to scale back its massive debts and focus on expanding its hotel franchise by 20 hotels in the summer.