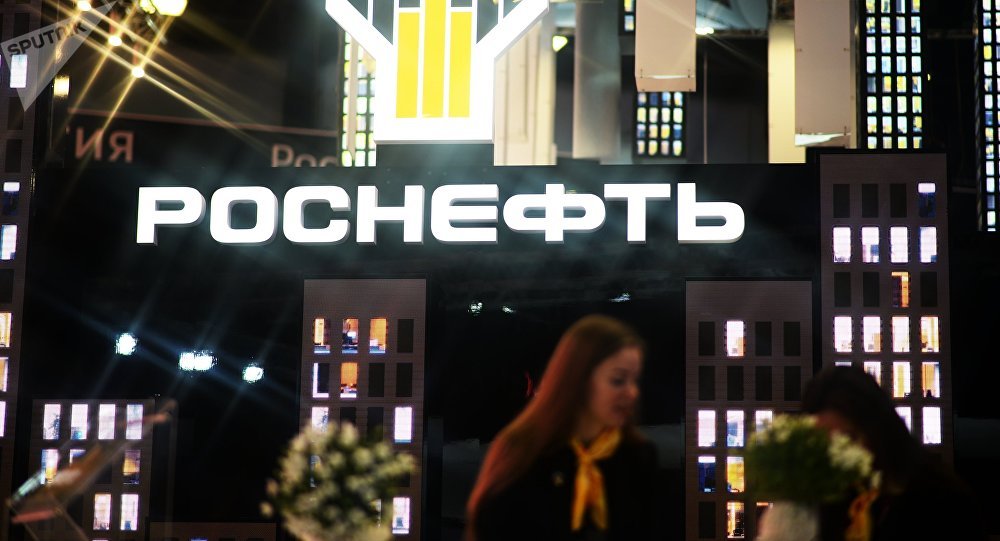 According to Russia's Deputy Foreign Minister Sergei Ryabkov, Washington's statements about the possibility of a new batch of sanctions being slapped on the Russian state oil company Rosneft over its work in Venezuela are illegitimate.

"It goes without saying", Ryabkov contended, responding to a question if Moscow considers the said statements on Venezuelan oil purchases illegitimate.

US Special Representative for Venezuela Elliott Abrams suggested Tuesday that Rosneft was buying "increased amounts of crude oil from Venezuela" and reselling it - a fact that increases the possibility of Washington further slapping limitations on the Russian oil giant.

"At some point, we will have to consider the question of Rosneft’s conduct and what kind of reaction we want to have to it”, Abrams said adding that the relocation of the European office of Venezuelan state-run oil company PDVSA from Lisbon to Moscow may be viewed as a "nice symbol" of Venezuelan-Russian ties getting stronger.

Rosneft has responded, saying that "operations are being carried out under previous contracts signed before the imposition of sanctions and do not pursue any interests other than ensuring the return on investments made earlier". To illustrate the point, Rosneft asserted that Venezuela's PDVSA had reduced its debt to Russia's Rosneft on advance payments issued in the second quarter of 2019 to $1.1 billion, down from $1.8 billion.

In August, Russia and Venezuela amended a bilateral agreement on joint projects from 10 September 2009 by signing an official document that allows Rosneft to pursue activities at two gas fields on the Latin American country's shelf. The protocol, signed on 10 July, has been published on Russia's legal information portal.

The US has for the past few months been atempting to undermine Venezuela's Nicolas Maduro's tenure as the legitimately elected president by imposing economic limitations among other things, in order to facilitate the transfer of power to opposition leader Juan Guaido, who proclaimed himself  the interim head of state back in January.