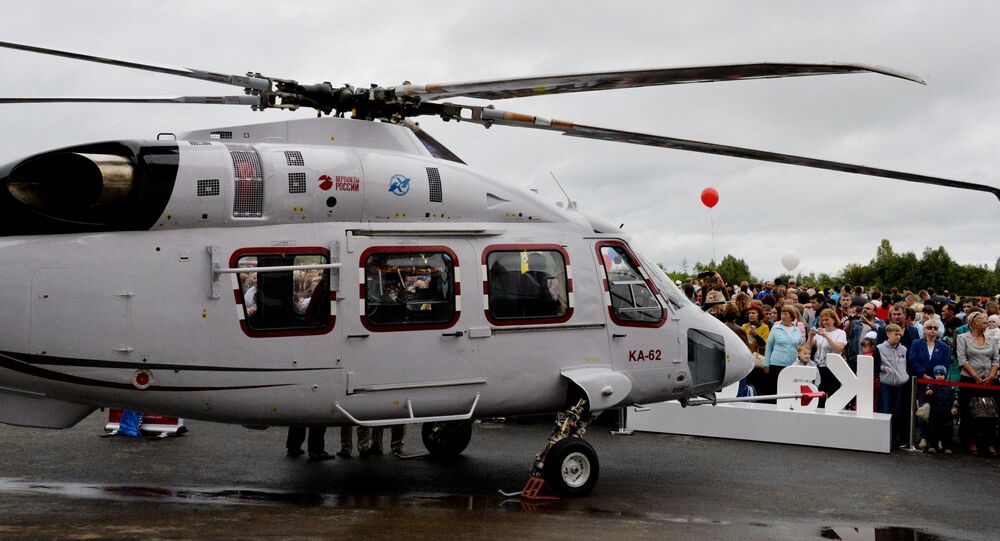 Russian Helicopters company (part of Russian state corporation Rostec) and VEB.RF signed an agreement according to which the latter would participate in projects to develop the production and promotion of Ka-62 helicopters, on the sidelines of the Eastern Economic Forum in Vladivostok earlier this week. In addition, the two corporations signed a contract on financing the first production of Mi-38 helicopters during the MAKS-2019 International Aviation and Space Salon in late August.

"The total cost of the first serial Mi-38 and the first four serial Ka-62 [helicopters] would be about 4 billion rubles," Dovlatov said in an interview.

According to the official, the structuring and defining of transactions is currently underway, including various measures of the state support.

"We plan to finance shipments through the leasing mechanism," he said.

Mi-38 can carry up to 30 passengers in compliance with the modern safety requirements. The helicopter can be used as a flying hospital, as well as for search and rescue operations, for offshore missions, operated in a wide range of climatic conditions, including marine, tropical and cold climates.

"Both the Ka-62 and the Mi-38 are next generation machines that significantly expand the range of products offered by national manufacturers, allow the holding company to begin the fight for new niches, competing with foreign manufacturers. The mission is very important," Dovlatov added.

Russia's Far Eastern city of Vladivostok is hosting the fifth edition of the EEF from September 4-6. The Rossiya Segodnya International Information Agency is an official media partner of the event.