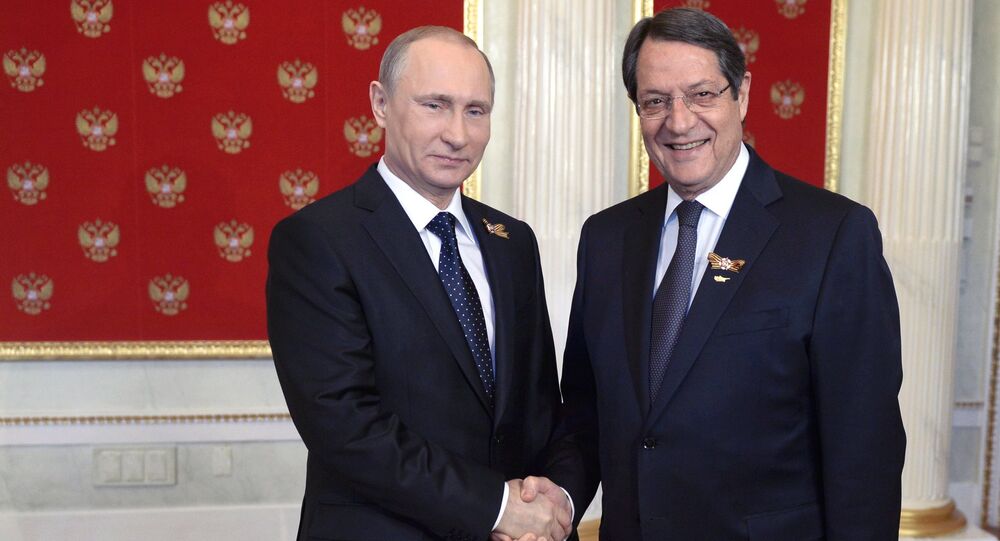 MOSCOW (Sputnik) - Cyprus has fully paid off its debt to Russia and currently owes nothing to the country, the Russian Finance Ministry has confirmed.

"Cyprus has repaid its loan and is no longer a debtor of the Russian Federation", the ministry said.

The statement comes after Cyprus Finance Minister Harris Georgiades said on 2 September that the country had paid off its debt.

Cyprus received in 2011 a 2.5 billion euros ($2.7 billion) loan from Russia at 4.5 percent per annum, which was expected to pay off in June-July 2016. However, in 2013 the loan was restructured, following an acute financial crisis. The interest rate was brought down to 2.5 percent, and the country was allowed to repay the debt in 2018-2021.

The Mediterranean country placed in April two issues of Eurobonds for 1.25 billion euros specifically to repay the loan.

Cyprus has been divided since 1974 when Turkey sent its forces to the island in order to allegedly protect the island’s Turkish population. In 1983, the Republic of Northern Cyprus declared its independence, without being recognised by anyone except Turkey. Since then, the reunification process has been ongoing, but not without occasional lapses, the last one being the failed 2017 Crans-Montana negotiations, after which the negotiations stopped in their tracks.