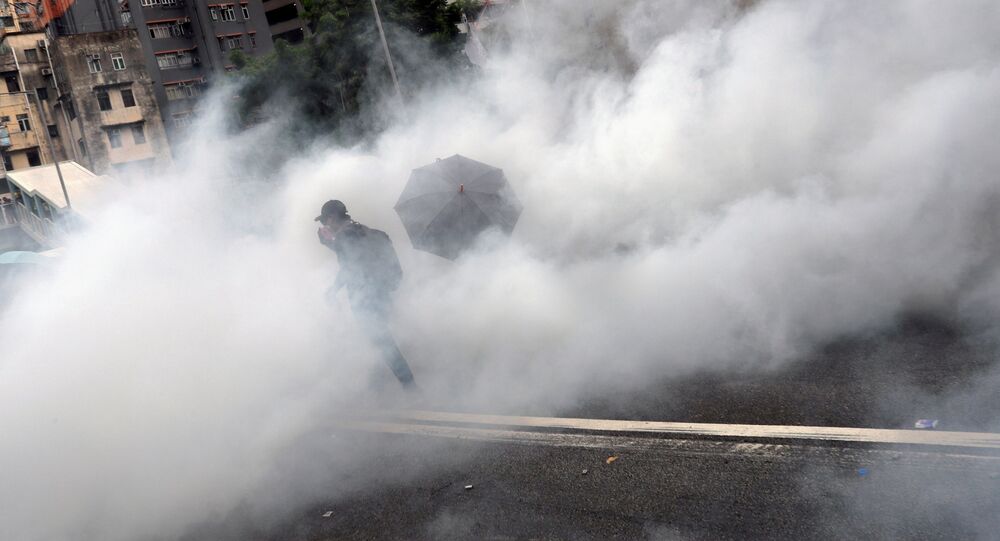 Use of tear gas in war may be a war crime, but it’s legal in suppression of domestic unrest - and governments are relying on it more than ever. China, where most of the world’s tear gas is made, has increased production to meet the demand.

China’s burgeoning tear gas industry is getting a boost from increased social unrest around the world. The country’s policing and security equipment manufacturers have quadrupled in the past decade, with the market as a whole expected to increase another 7.4% by 2025, according to projections made earlier this month by the Research & Markets analytic firm.

Citing Amnesty International and Omega Research Foundation data from 2014, the South China Morning Post reported Sunday there were 134 Chinese security equipment manufacturing firms, with 48 of them offering products for export. However, the Ministry of Public Security must sign off on the purchases first.

The Post noted that Chinese-made tear gas is blowing through the international marketplace, challenging the supremacy of established makers like Combined Tactical Systems, a US company based in Pennsylvania. Chinese tear gas canisters have turned up at protests in Thailand, Sudan, Venezuela and various Arab countries in recent years.

Most recently in June, London banned selling tear gas to police in Hong Kong - a city that was once a British colony and retains close ties to the UK - following its use against demonstrators protesting an extradition bill being considered by city lawmakers. Law enforcement in the Special Administrative Region had once bought its tear gas canisters from UK-based Chemring Group; now, Hong Kong police are looking to mainland Chinese makers to meet their growing needs, as the protests continue to worsen, becoming more violent and confrontational.

Tear gas, or lachrymator, is a chemical agent developed by the French for use in the brutal trench warfare that characterized the First World War. Like most of the other poison gases used in the war, tear gas is banned in warfare per the Chemical Weapons Convention of 1993.