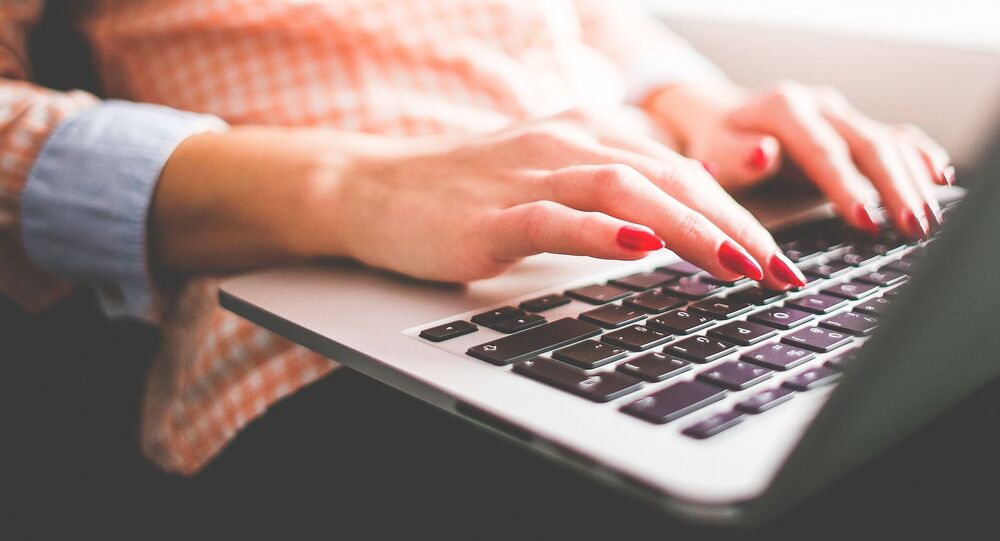 New Delhi (Sputnik): Like many of its global peers, India's civil aviation regulator has banned older models of Apple's flagship laptop the MacBook Pro on flights, citing problems with the device's battery.

“DGCA requests all air passengers not to fly with the affected models either as hand-baggage or checked-baggage until the battery has been verified or certified as safe or replaced by the manufacturer,” the regulator said in a message on Monday.

​There's a chance that the devices sold between September 2015 and February 2017 could overheat and potentially cause fires, according to the US Consumer Product Safety Commission (CPSC).

The iPhone-maker has reportedly received 26 reports of the laptops' battery overheating in the recent past, with as many as five consumers reporting minor burns.

Earlier on Sunday, Singapore Airlines (SIA), a major operator to India, stated: "Customers are to refrain from bringing the affected (MacBook Pro) models either as hand-carried or checked baggage until the battery has been verified as safe or replaced by the manufacturer. Please visit Apple's MacBook Pro Battery Recall Program page to get more information on whether your product is affected, as well as on the available battery replacement options."

In June, Apple released a statement, saying some of its older generation 15-inch MacBook Pro units contain faulty batteries. These batteries may "overheat and pose a fire safety risk".

The affected units were sold between September 2015 and February 2017.

Some Apple Laptops Banned on Flights by US Air Regulators - Reports