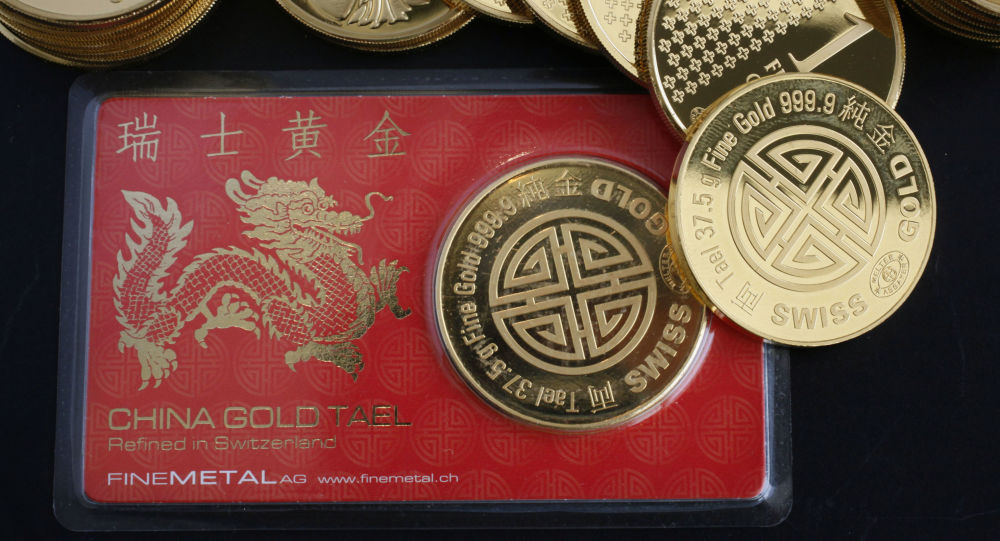 Earlier, gold industry sources told Reuters that the Chinese government had taken steps to drastically reduce the import of gold in recent months in an effort to slow capital outflows and strengthen the country’s currency.

“Some [quotas] have been given,” one of the sources said, adding that they were lower than usual. It’s a “partial lift” of restrictions, a second source said.

The easing of import quotas to commercial banks follows reports last week that the Chinese government had severely restricted the entry of gold into the country since May, with upwards of 300-500 tonnes of the precious metal worth between $15 billion and $25 billion said to have been blocked from entering since the spring as a result of the quotas, which reportedly brought imports down to “next to nothing.”

Chinese customs data later confirmed a shortfall of some 228 tonnes of gold between May and June of 2019 compared to the same period last year. Total imports in the first half of 2019 stood at 575 tonnes, down from 883 tonnes for the same period in 2018.

© REUTERS / Kim Kyung-Hoon
A Chinese national flag flies at the headquarters of the People's Bank of China, the country's central bank, in Beijing, China, January 19, 2016

The Central Bank’s controls may have been an attempt to reduce capital outflow, according to the sources, with similar restrictions against gold temporarily put in place in 2016. According to Reuters, as much as $88 billion in capital may have left China in the first quarter of 2019 amid the escalating trade war between Washington and Beijing. Efforts to shore up the yuan, which has declined to lows not seen in over a decade, may also have contributed to the calculations, the sources said.

China imported nearly 1,500 tonnes of gold worth about $60 billion in 2018, with these imports amounting to well over a third of the estimated 2,500-3,000 tonnes in gold said to be mined each year around the world. Some of this gold has gone to stocking up the Chinese state’s reserves, while much of the rest has gone into private hands in the form of coins, ingots and jewellery.

China’s Central Bank, meanwhile, has been on an eight month-long gold buying spree in recent months amid the escalating trade war with the US, with overall state holdings topping 1,945 tonnes in July.

Gold prices worldwide continued their upward climb in recent weeks amid concerns over a recession in the US, and fears of the impact of the multi-trillion dollar trade spat between the economic superpowers. Prices hit new highs for the fourth straight day in a row on Friday, with December futures reaching $1,532 in late-morning trading.

China and Russia have led the pack of developing countries buying up gold in a bid to diversify their reserves away from the US dollar, with the world’s central banks buying some 374 tonnes of the precious metal in the first half of the year, the largest-ever acquisition of gold by public institutions on record, according to the World Gold Council. Russian purchases accounted for 96.4 tonnes of that.