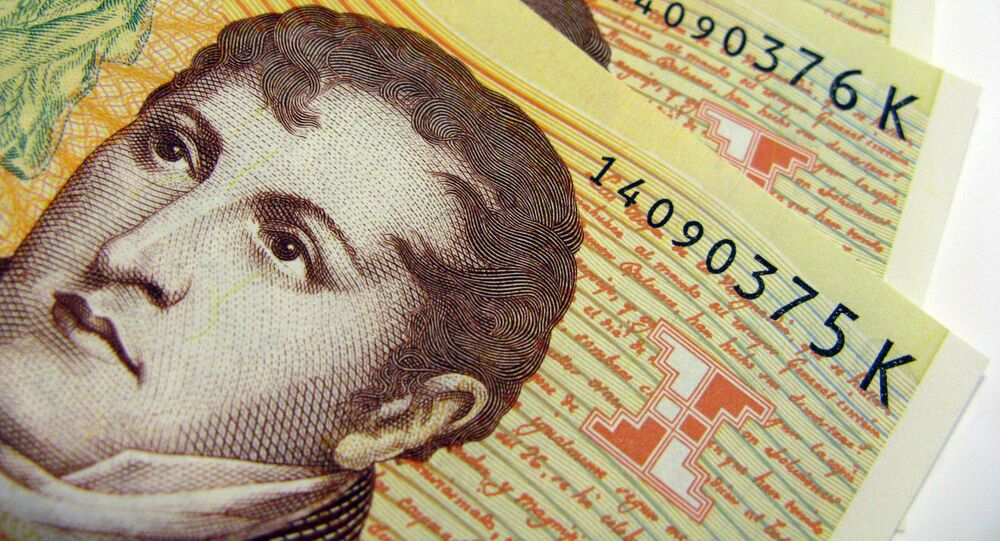 BUENOS AIRES (Sputnik) - The peso plummeted on Monday in the wake of the defeat of President Mauricio Macri in primary elections on Sunday.

Argentina's largest state-run bank — Banco Nacion — lowered the exchange rate of the country's peso currency by almost 11 percent to 61 per US dollar.

Other banks followed suit, setting the exchange rate no lower than 60 per US dollar, while in some regional banks the rate is 62-64 pesos per dollar.

The peso sank on Monday on the news of the defeat of incumbent President Mauricio Macri in primary elections on Sunday.

The national currency tumbled to 65 per dollar on Monday from 46-47 in the previous three days, but then climbed back to 55-57 pesos.

Meanwhile, the latest market data suggests that the MERVAL index is rebounding after the Monday fall, when the key index of the Buenos Aires Stock Exchange fell by a record 37.93 percent.