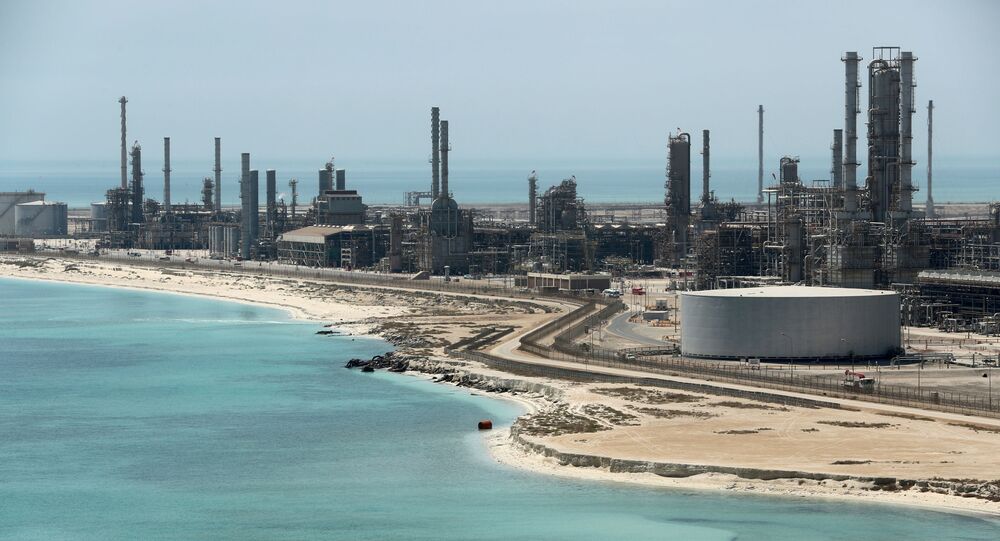 MOSCOW (Sputnik) - The financial results for oil giant Saudi Aramco for the first half of 2019, released on Monday, have revealed a 12 percent drop in net income in comparison with the same period last year, as well as a decline in earnings.

"The Company’s net income was $46.9 billion for the first half 2019, compared to $53.0 billion for the same period last year. Earnings before interest and tax was $92.5 billion, compared with $101.3 billion a year earlier", Saudi Aramco said in a statement.

However, the oil giant’s free cash flow increased by almost $2.5 billion year-over-year to a total of $38 billion, while capital expenditure amounted to $14.5 billion versus $16.5 billion last year, according to the statement.

"Despite lower oil prices during the first half of 2019, we continued to deliver solid earnings and strong free cash flow underpinned by our consistent operational performance, cost management and fiscal discipline. Disclosing our financial results for the first time, as part of our $12 billion debut international bond issuance, marked a significant milestone in Saudi Aramco’s history", the company’s president, Amin H. Nasser, said in the statement.

The company has also paid $46.3 billion in dividends in comparison with $32 billion last year. The Saudi oil giant is expected to hold its first-ever earnings call later on Monday.

Oil prices have experienced a decline this month due to rising uncertainties surrounding US-China trade tensions as well as the situation around Iran.

Last week, the International Energy Agency (IEA) said that it had lowered its forecast for global oil demand growth by 100,000 barrels per day (bpd) to 1.1 million bpd in 2019, and by 50,000 bpd to 1.3 million bpd in 2020. The IEA underlined, referring to global oil demand, that "the outlook is fragile with a greater likelihood of a downward revision than an upward one."