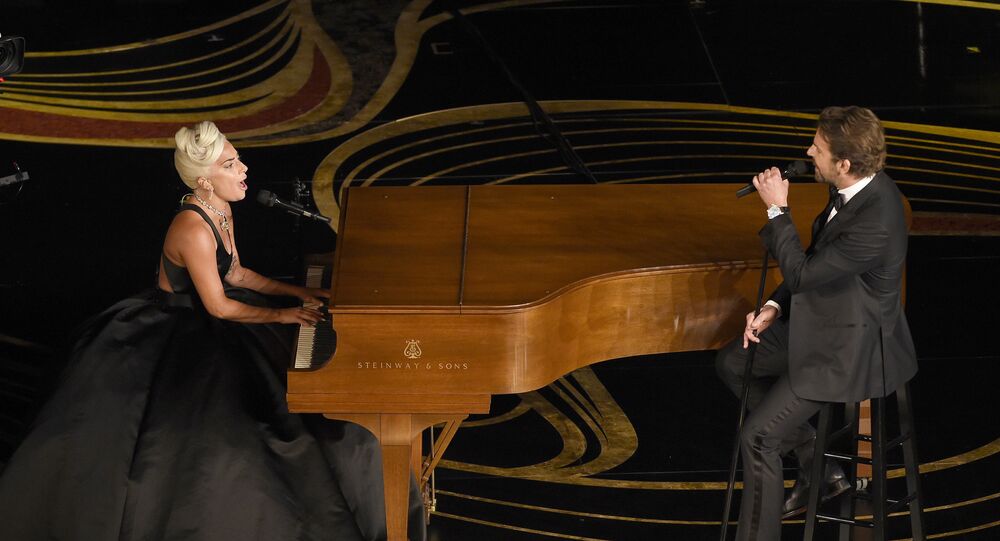 Lyrics writer Steve Ronsen believes Lady Gaga and her creative team have copied a three-note progression from his 2012 song, in violation of copyright, for their A Star Is Born hit track. Music experts, as well as Gaga herself, have busted the claims as absurd, arguing the melody has been recurrent for the past few centuries, to say the least.

Songwriter Steve Ronsen has blasted Lady Gaga for allegedly copying one of his old compositions that he claims underlies her Grammy-winning song “Shallow”, where the singer famously starred together with Bradley Cooper.  As magazine Us Weekly reported, citing an insider, Gaga is “outraged by these false claims” and is set to “not back down in any way”.

According to Page Six, the 33-year-old is threatened with a lawsuit based on the alleged similarities of the melodies in the two songs. Ronsen believes a three-note progression in his 2012 song “Almost” (which boasts just under a thousand streams on SoundCloud in the past five years) was illegally borrowed in the major A Star is Born soundtrack. The songwriter is demanding “millions and millions” in settlement in the case, the edition reported.

Ronsen’s attorney, Mark D. Shirian, told Us Weekly on Thursday, 8 August, in a statement that in a bid to “amicably resolve this matter months ago”, his office handed an official report to Lady Gaga’s legal team, citing “a renowned and respected musicologist and professor who determined that there are significant tempo, melodic, rhythmic and harmonic similarities between the two ‘hooks’ of the songs at issue”. He went on to note, that the singer’s team has yet to provide an opposing musicologist’s review, which has been “requested multiple times”.

Gaga’s lawyer Orin Snyder chimed in on the debate, denying the plagiarism claims and arguing that the motive behind the other side’s move is an attempt to “make easy money off the back of a successful artist”, he pointed out to Us, branding it as “shameful and wrong”.

Snyder specifically singled out Gaga’s “courage and integrity” to stand up on behalf of all “successful artists who find themselves on the receiving end of [such] claims”. He is certain that should the case see any development, then the pop star will “fight it vigorously” and ultimately “prevail”.

Meanwhile, music experts who have reviewed the melodic curves of the two compositions in question, told Us that no similarities whatsoever could be found between them, arguing that the note combination is well spread and could be traced back to “centuries ago” and no particular author.

“Shallow” was penned jointly by Lady Gaga and co-songwriters Mark Ronson, Anthony Rossomando, and Andrew Wyatt specifically for A Star Was Born, with the creative team winning an Academy Award for best original song back in February. Separately, the songstress and her onstage partner Bradley Cooper took home another Grammy for best pop duo/group performance after their steamy show at the event.

Plagiarism accusations are not new to the showbiz world: earlier this month, Katy Perry lost a similar lawsuit after her 2013 track “Dark Horse” was found to have duplicated Flame’s 2008 Christian rap song “Joyful Noise”. The artist was issued a $2.78 million fine as a result.