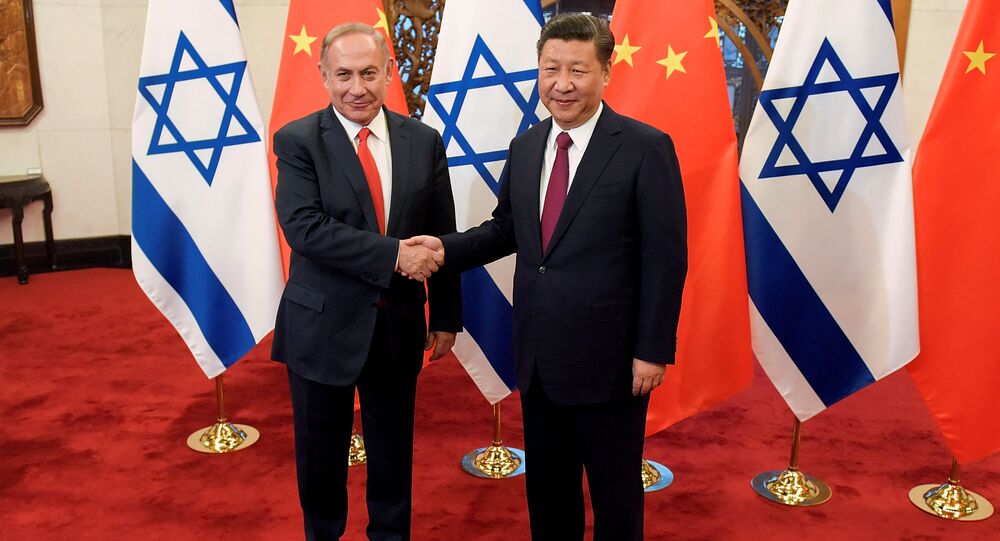 The statement comes after the US Senate Armed Services Committee passed a bill in June which specifically urges Washington to call on the Jewish state to consider the security implications of foreign investment in Israel.

The Jerusalem Post has cited an unnamed senior US official as saying that Israel creating an oversight mechanism for Chinese investments is of great importance to the development of Israeli-US relations.

“That doesn’t mean ‘no China’, but it means that you’re watching very closely the nature of Chinese investment and making sure that we preserve Israel’s innovation and technological edge, which is what has been such an extraordinary driver of the Israeli economy,” the official said.

The official added that the oversight mechanism should be something that will help Israel “keep a continual review of foreign investments, especially of technology and critical infrastructure.”

The official remained upbeat about Israel’s readiness to undertake this supervision.

“We’ve been very encouraged by the responsiveness of the Israelis. It’s difficult, it’s a process. I’m not saying that this is an easy walk in the park. But I think that the Israelis understand the nature of the problem and the necessity of getting it resolved,” he said.

On US-Israeli ties, the official stressed that Washington sees “infinite possibilities” in its relationship with the Jewish state. “We see Israel currently as one of our most important allies, certainly in the Middle East. And we see that role becoming global," he added.

His remarks come after the Times of Israel reported earlier this month that Prime Minister Benjamin Netanyahu had called for more discussions on establishing a mechanism for monitoring Chinese investments in Israel so that it can meet Washington’s demands.

In June, the Senate Armed Services Committee reportedly passed a bill to express “serious security concerns” over a contract allowing a Chinese company to operate in the Israeli port of Haifa, which has regularly hosted joint US-Israeli drills and has long been a docking point for the US Sixth Fleet.

According to the Haaretz newspaper, the legislation also notes that US authorities should “urge the government of Israel to consider the security implications of foreign investment in Israel,” without, however, directly naming China.

During a meeting with Netanyahu at the White House in March, US President Donald Trump reportedly made it clear that if Israel does not cut its ties with China, then security cooperation between Washington and Tel Aviv may be reduced.

The developments come amid the ongoing trade spat between Beijing and Washington which has been simmering since June 2018 when President Donald Trump announced 25 percent tariffs on up to $50 billion worth of Chinese goods in order to fix what he has consistently described as China’s “unfair trade practices”. Since then, the two countries have exchanged an array of tit-for-tat tariffs on each others goods.