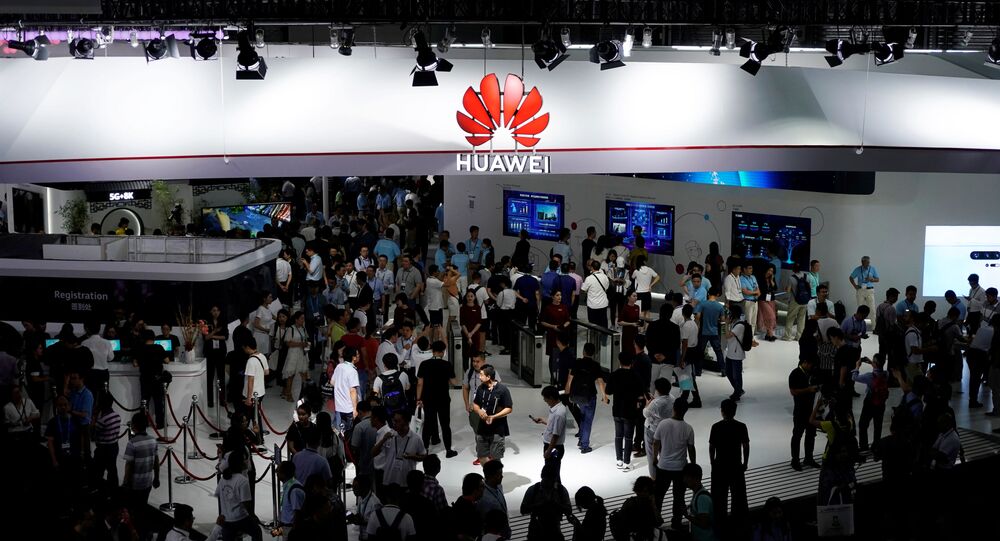 The centre, which will be constructed in Shanghai’s Qingpu district and house from 30,000 to 40,000 workers, will focus on helping the company make its own multipurpose chips, as well as IT hardware and Internet of Things (IoT) components.

The US cutting off Huawei supplies completely woke up Chinese society. China will face difficulties in short term. We will devote to independent R&D and abandon any illusion. But it is also a real turning point of the US semiconductor companies gradually losing Chinese market.

Plans for the new facility come after Chinese president Xi Jinping said in public speeches that China must play a stronger role in technological R&D amid the Trump administration's trade war against Beijing, the SCMP wrote on Wednesday.

If China is unwilling to make significant reforms, President @realDonaldTrump must be prepared to walk away.

The way to achieve a successful trade agreement is by keeping the pressure on: on Huawei, on China’s economic model, on human rights. pic.twitter.com/G0iJLjitrH

The move aims to help Huawei become self-reliant after US chipmakers halted production of crucial computer processors, namely Intel's Whisky Lake CPUs for Huawei’s Matebook-series ultrabooks and ARM blocking production of Kirin-series microprocessors for mobiles using its architecture, among others.

Microsoft and Google also threatened to stop providing updates for Huawei devices amid the US trade war on China, but have since recanted and said they would continue to provide updates until further notice.

Despite this, Huawei has continued working on its proprietary HongMeng operating system, which it has placed on standby to  replace Windows and Android on its devices, and expects to release it by the end of the year.

Huawei Reports Major Gains, Investments in Innovation Despite US Trade War on China

Huawei reported during the first half of its fiscal year (H1) that a total investment of 120bn yuan (£14bn) would go towards R&D in 2019, with a focus on artificial intelligence, 5G, microprocessors and robotics.

Over 80,000 employees are currently employed in R&D, accounting for 45 percent of Huawei's total workforce, and 480bn yuan has been spent on R&D alone, a company report revealed.

Despite the US Commerce Department placing Huawei, ZTE and others on an ‘entities list’, effectively banning the company from supplying US companies with IT equipment, Huawei reported a 23 percent increase in earnings to 401.3bn yuan (£46.8bn) for H1 this year, fuelled by increased smartphone sales and demand for the company’s popular 5G infrastructure, it reported in late July.

Huawei continues to gain more trust from Fortune 500 companies. This accomplishment can only be realized through strong partnerships, great teamwork and trust from customers worldwide. See our business achievements in 2019 H1 in this infographic: https://t.co/jJaBNzYAEs pic.twitter.com/YzhVOGV3r0

"Revenue grew fast up through May," Huawei chairman Liang Hua said in a press release, adding that the company continued to see growth "even after we were added to the entity list”.

He added: “That's not to say we don't have difficulties ahead. We do, and they may affect the pace of our growth in the short term. But we will stay the course. We are fully confident in what the future holds, and we will continue investing as planned – including a total of CNY120 billion in R&D this year.

Mr Hua said that Huawei would “get through these challenges” and “enter a new stage of growth after the worst of this is behind us”.