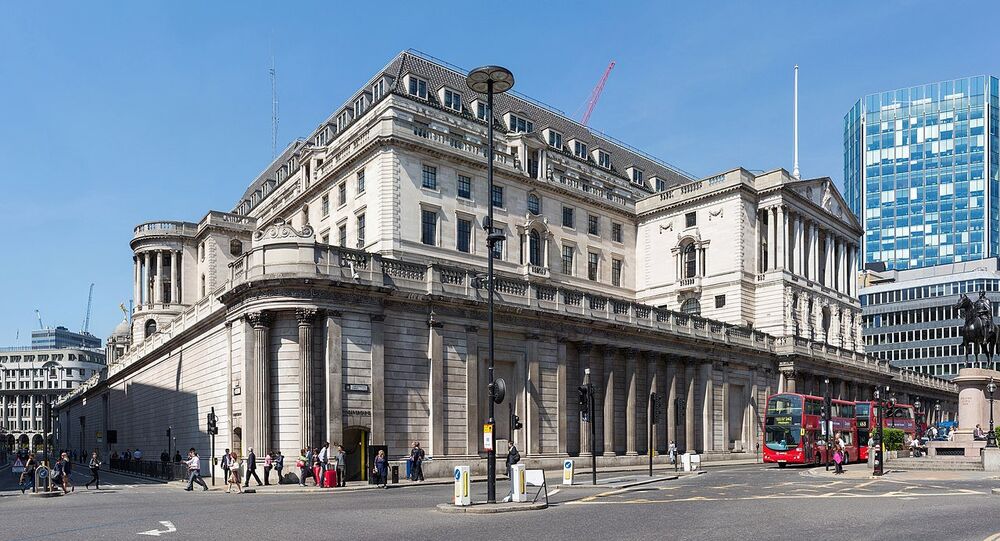 Since Boris Johnson became Prime Minister 24th July, sterling has crashed below $1.22 against the US dollar and recorded the worst performance of any major currency in the world over the month of July – the Bank suggests this reflects “market participants’ perceptions of the likelihood and consequences of a no-deal Brexit”.

Britain has a one in three chance of plunging into recession by the start of 2020, the Bank of England has warned.

The Bank’s latest quarterly inflation report – issued in the wake of the pound plunging against all its major competitors to its lowest level in two years, and almost becoming the worst performing currency in the world in the process – predicts a 33 percent probability of negative growth in the new year, if not before.

As a result, the Bank’s nine-member monetary policy committee voted unanimously to leave interest rates on hold at 0.75 percent, in order to offset declining investment and keep inflation on-target at two percent.

Investment by UK businesses has weakened a lot. We think this is partly because of uncertainty about Brexit. https://t.co/9DQcB5rT0Z #InflationReport pic.twitter.com/GnJ08a5Iwi

​The report blames uncertainty over Brexit, heightened international trade tensions and an overall slowdown in the global economy for significantly depressing UK growth in the foreseeable future. It also forecasts zero GDP growth in the second quarter of 2019.

Despite this, the Bank said it still strongly assumed a smooth Brexit deal with Brussels can be reached, despite the position being inconsistent with market wisdom – however, despite its operational independence the UK central bank must act in concert with official government policy, and prominent Brexiteers in government, including Michael Gove, have indicated a ‘no deal’ departure is being considered very seriously.

Economic growth in other countries has slowed, reducing the demand for our exports. https://t.co/9DQcB5rT0Z #InflationReport pic.twitter.com/lLSnIgeH78

​Should Britain leave the bloc without a deal, the BoE warns the pound could drop sharply, inflation would rise further and sluggish GDP growth would be exacerbated – although even with a deal, interest rates would need to be hiked to combat rising inflation.

“Assuming a smooth Brexit and a recovery in global growth, a significant margin of excess demand was likely to build. Were that to occur, the MPC judged increases in interest rates, at a gradual pace and to a limited extent, would be appropriate.”