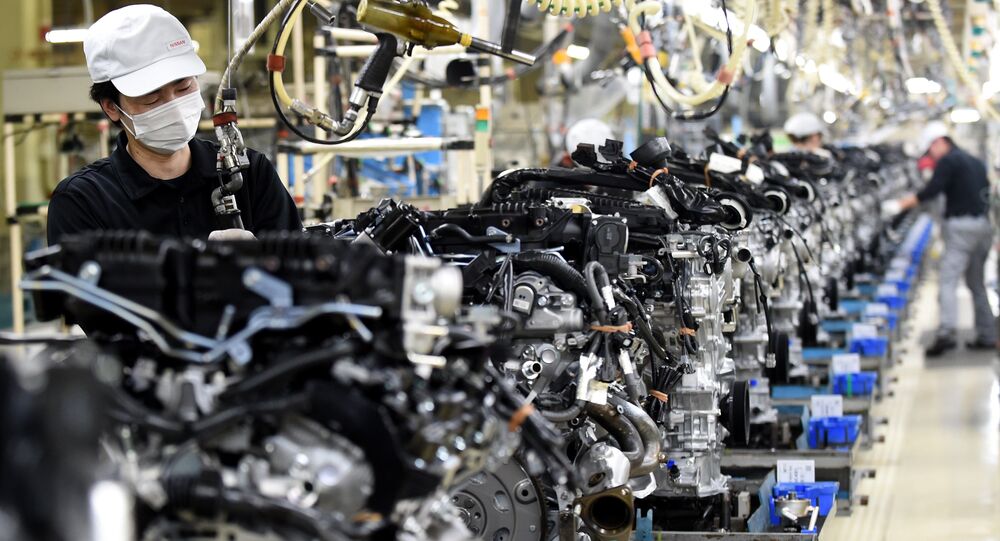 The cuts were revealed as the company reported its first quarter (Q1) sales had plummeted roughly 94.5 percent, marking its worst quarterly earnings in roughly ten years.

Japanese automaker Nissan says it plans to slash 12,500 jobs and reduce its production capacity by 10 percent by the end of 2022, the company announced on Thursday

Nissan’s key US market continued to suffer, the report said, where it had been “heavily discounting to keep up with sales by rivals” and its total sales stood at 351,000 units, or a 7.9 percent market share.

On standby at Nissan for @LBC @GlobalsNewsroom waiting to hear if any of the 12,500 global job cuts will come from the plant in #Sunderland. Very quiet here - the plant’s on its annual 2 week shut down - so most workers facing uncertainty are on holiday right now pic.twitter.com/s82AWhVe4v

But sales increased 2.3 percent in China, or 344,000 cars, totalling 5.7 percent of its market share there and up 0.7 percent from the same time last year due to growing demand for its Sylphy, Qashqai and X-Trail models, among others.

Nissan president and CEO Hiroto Saikawa said in a press conference that job cuts would account for a “big portion” of the company’s restructuring policy in order to save money. The company head also did not detail which models would have production cuts, but stated that they would most likely target its “compact cars and its Datsun range”.

The news comes as the struggling carmaker endured a wave of financial and executive woes, namely after former chairman Carlos Ghosn was forced to resign after being charged and granted bail multiple times since November last year for misusing company funds. The former chairman of Nissan-Renault-Mitsubishi auto group, one of the world’s largest, was granted $4.5m (500 mln yen) bail a second time in April after being slapped with four charges on financial misconduct and under-reporting $44mln of his income, among others.

Nissan also began winding down production of its X-Trail modal at its production plant in Sunderland, northeast UK, citing fears over Brexit and reduced volume sales amongst its diesel models, threatening 5,000 jobs across the UK. Company scandals  intensified after former Business Secretary, Greg Clark, admittedly offered $100m in state aid to have the Japanese automaker continue production there.