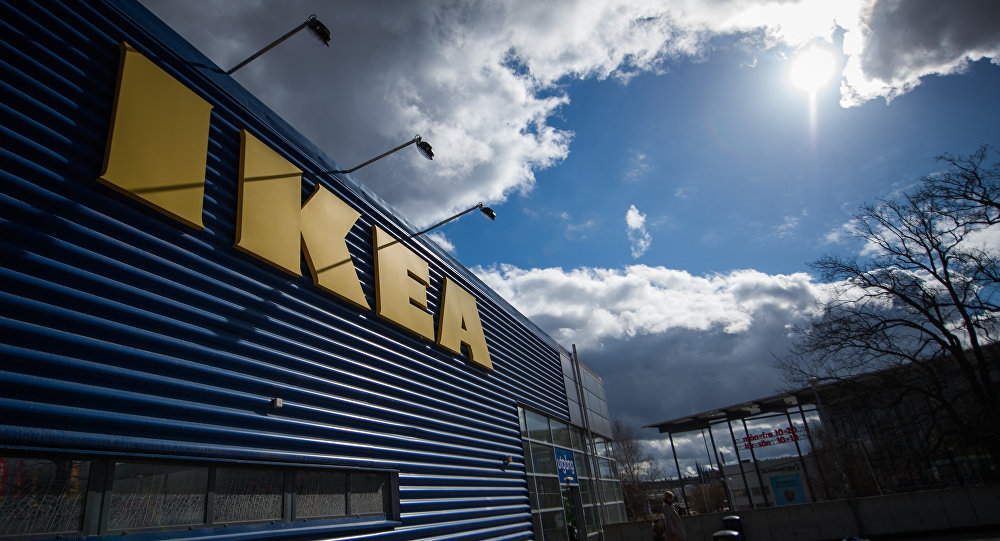 IKEA Closes Only US Factory, Moves Production Back to Europe

The world's largest producer of wooden furniture has pinned the move to high raw material prices, dispelling speculations that it is somehow linked to Donald Trump's “tariff war”.

The Swedish furniture giant IKEA has announced plans to shut down its only furniture factory in the US in a cost-cutting measure.

In December, production in the town of Danville will end, and the operations will move back to Europe.

“We made every effort to improve and maintain the competitiveness of this plant, but unfortunately the right cost conditions are not in place to continue production in Danville”, site manager Bert Eades said in a statement quoted by the CNN.

IKEA referenced high raw material prices, which are lower in Europe, as the main reason for its decision. In recent years, IKEA has shifted part of its production lines to Eastern Europe, such as Poland or Russia.

It has been widely speculated that the decision to withdraw the production plant from the US was dictated by the Trump administration raising import tariffs from, among others, China, where particle boards, an IKEA staple, are produced. Senator Tim Kaine (D-VA), who visited the Danville plant in 2018, tweeted that that workers were worried about tariffs and how they would affect costs, as many raw materials were imported.

Just toured IKEA’s Danville manufacturing plant. Asked if the tariffs worry them. They’re ok for now, but because they import a lot of raw materials, they’re concerned about what’s to come. We have to stop this rash policy before it hurts even more U.S. businesses and workers. pic.twitter.com/f5fNO67ky1

​IKEA specifically stressed that the decision to close the plant was unrelated to the US's “tariff war”, as the particle boards used at the Danville factory were purchased from US suppliers.

“No, this decision was not linked to the tariffs. Despite many efforts to improve, the cost structure for production in Danville is still too high, especially when it comes to raw materials. This results in product prices that are significantly higher than for other existing IKEA Industrial products that manufacture the same products”, the furniture giant explained to the Swedish newspaper Expressen.

Founded in 2008, the Danville facility has been running for over a decade and currently employs 300 workers. It specialises on wooden products such as shelves and storage units. The town of Danville, Virginia, has a population of 42,000. The city of Danville will reportedly lose about $500,000 in annual tax revenue from the plant shutdown. With about 50 stores, the US is IKEA's second-largest market trailing only Germany.

As of today, the Swedish furniture giant, headquartered in the Dutch town of Leyden, owns manufacturing facilities in nine countries, employing roughly 20,000 people.

Faced with a growing market for online shopping IKEA has been forced to cut jobs in parts of its business.

Ingka Group, the Swedish company that owns and operates the majority of the IKEA stores, said last year that it would lay off as many 5 percent of its global workforce (or 7,500 employees). Instead, dozens of smaller stores in major cities around the world will be built in the next few years in a bid to create as many as 11,500 jobs.