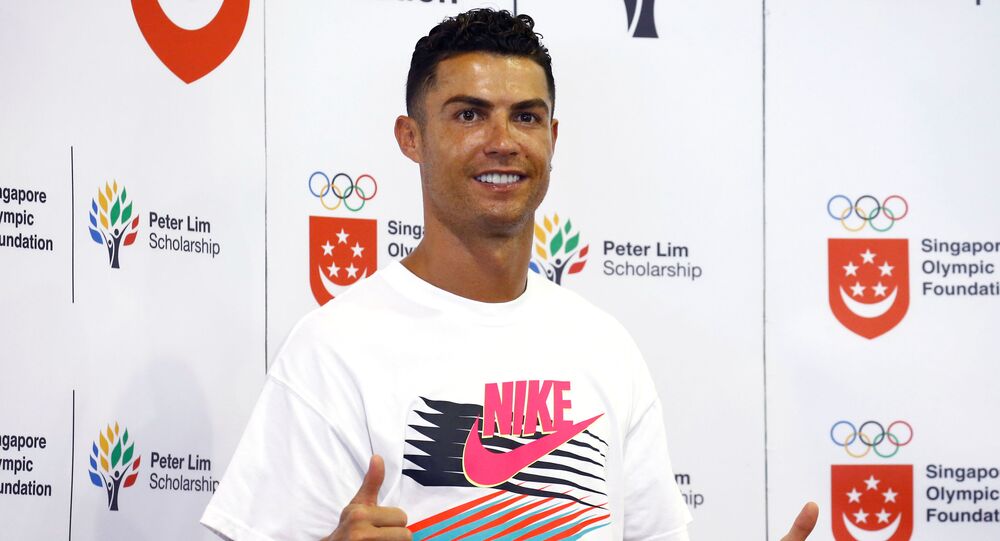 With this year’s football season being nearly over, the former Real Madrid star appears to be eagerly demonstrating his commercial acumen.

Despite the last summer months typically being a dead time period for footballers, this isn’t true in Cristiano Ronaldo’s case, as the Portuguese ace has fully embarked on his new CR7 underwear line and even chosen to literally be at the forefront of the promo campaign.

Light up your body this summer with the brand new High Summer CR7Underwear collection .

In a set of brand-new pics, the half-naked forward teases the fresh line of men’s underwear by flaunting his muscles while a couple of other snaps sport him taking off his skivvies.

The summer months were not mentioned by chance, as the season, with its characteristic sunsets, extraordinarily deep and warm in colour, became the focus of the new undies line.

“Summer is my favourite (he spells it weird because he's European) season and I love the time of day when the sun goes down and the sky is vivid", he noted, as cited by TMZ, bringing in a bit of romanticism to the idea behind the new venture. He pointed out that he wanted the campaign to have a really relaxed feel.

“Summer is the time of year when I have some time to chill out, so I wanted to reflect that”, the Juventus forward remarked.

The CR7 brand has entered its seventh year on the clothes market, with Ronaldo rivalling his retired colleague David Beckham’s collection for Swedish retailer H&M. The CR7 range has a comparatively affordable price of £10-25 per pair and the footballer has worked closely with New York designer Richard Chai and Danish textile firm JBS to create a selection of stripy socks to make the collection complete.

Gianluigi Buffon: Ending Career by Playing With Cristiano Ronaldo is a 'Splendid Gift'