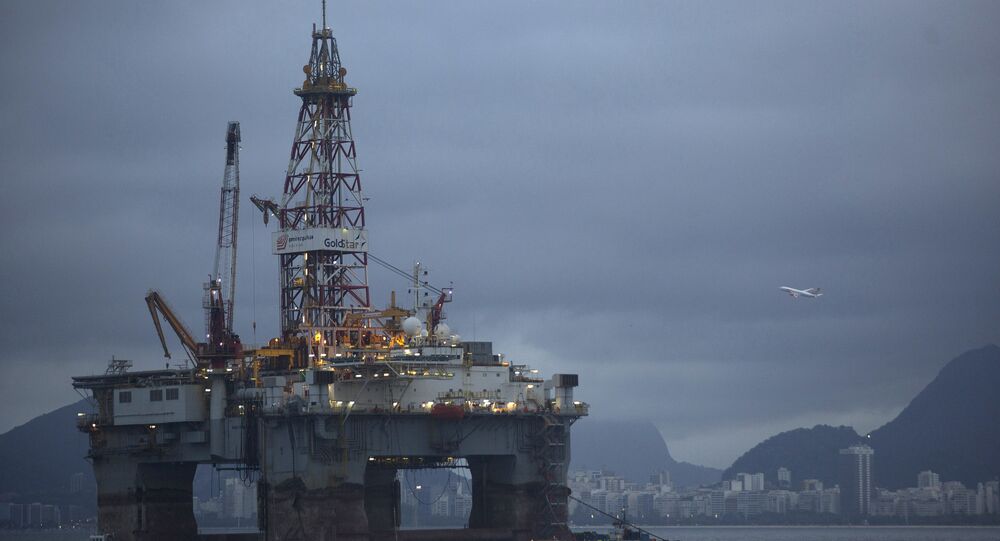 Kristian Rouz – A handful of multinational energy giants are weighing plans to branch out to Brazil, where the new business-friendly government of President Jair Bolsonaro has hinted at possible denationalisation of its natural gas sector.

According to the Brazilian government, the nation’s plan is to boost competition in its highly-lucrative energy sector by loosening the federal grip on the industry and allowing private capital to pour into the exploration, extraction, and transportation of oil and natural gas.

Experts say the ambitious plan could boost transparency and curb corruption in Brazil's energy sector – which was in the centre of high-profile scandals involving former President Dilma Rousseff and her top officials earlier in the decade.

​Brazilian officials also say the nation's pension and investment funds would be encouraged to participate in the privatisation plan, which could boost their sustainability and profitability, as well as offset some of the concerns related to the highly-unpopular pension reform plan proposed by Bolsonaro.

According to reports, Brazil could force its state-owned company Petroleo Brasileiro SA (Petrobras) to sell part of its assets to 19 out of the 27 energy distributors currently operating on the national market.

Furthermore, the state-owned giant has already reached an agreement with an anti-monopoly watchdog to privatise part of its holdings by 2021.

Petrobras currently controls Brazil's natural gas industry through its minority stakes in state-owned Gaspetro – 49 percent of which is owned by Japanese company Mitsui.

Brazil's energy production has gradually recovered after years of mismanagement and corruption by the Rousseff government and is on track to meet the government-set production target of 300,000 barrels per day (bpd) of oil. Natural gas production goes hand in hand with oil output in Brazil, due to Petrobras' reliance on traditional extraction methods.

The production of shale oil and gas – which could be extracted separately – has yet to achieve any substantial volumes.

The Securities Commission accused former president Dilma Rousseff and 16 ex-executives of Petrobras for wrongdoings in the construction of the Abreu e Lima refinery, in Pernambuco state. Ms. Rousseff was the head of the state-run oil company board when the work started. pic.twitter.com/jL12D8KnPJ

​Bolsonaro, however, finds himself at odds with Brazil's Congress, with left-wing lawmakers stiffly opposing his privatisation plans – along with the pension reform. Some members of Congress say the proposal to attract international investment could erode Brazil's energy independence and could threaten its national security.

But experts believe the privatisation process has begun and is irreversible – as the only viable alternative to it appears to be the path of corruption and loss of output exemplified by the previous administration's management style.

“There is no doubt we’ll see a process of privatisations, a pretty strong trend of gas distributors being sold into private hands”, Rivaldo Moreira Neto of the Porto Alegre-based Gas Energy consultancy said.

The most interesting possible participant of the upcoming privatisation could be Sao Paulo-based private energy company Cosan, which has up until recently focused its business on ethanol, sugar, alternative fuels, and transportation. Ethanol is a big source of energy in Brazil, renowned for its immense output of soybeans and other ethanol industry commodities.

Cosan currently works in several regional markets, including Paraguay and Argentina – but also has a small presence in the UK. Investment in Brazil's natural gas field could propel Cosan to the status of an international energy giant – and its arguably more efficient management could make the company bigger than Petrobras.

President Bolsonaro is expected to tackle the privatisation issue shortly after his pension plan is approved by Congress – which is currently expected to take place by early September.