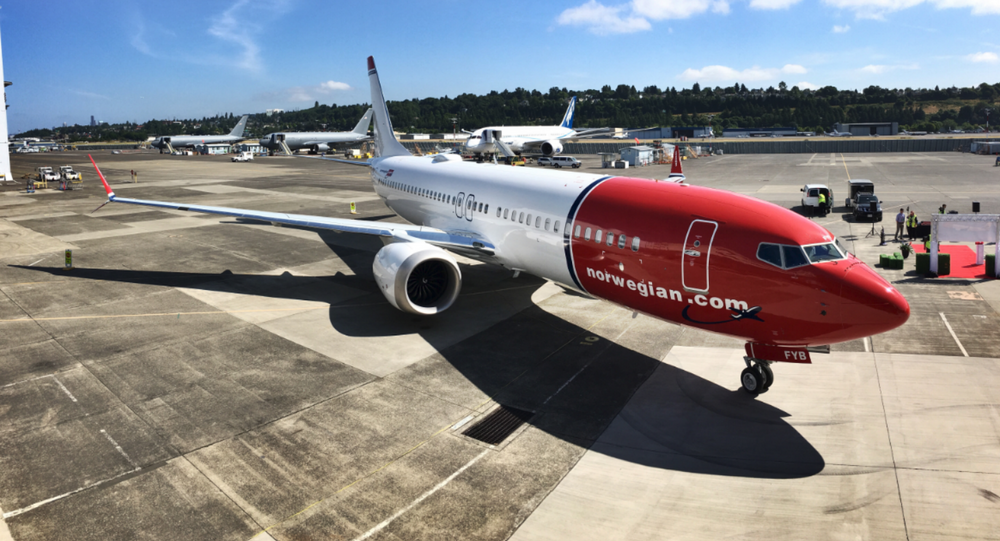 Norwegian’s profit losses forced the company to raise 3bn crowns (£280m) from company shareholders in early 2019. The company suffered further profit losses after it grounded its 18 Boeing 737 MAX planes, which it expects to return to service in October this year.

The CEO helped to build Norwegian Air’s reputation as the third-largest budget carrier by number of passengers. The company began as a small Norwegian airline at Oslo airport when he was a fighter pilot.

Mr Kjos joked during his resignation speech on Thursday that he was “way overdue” and announced he would become the advisor to the chairman Niels Smedegaard.

He added that he looked forward to "new challenges" at Norwegian and welcomed Geir Karlsen as the company's acting CEO, stating that he was "incredibly proud of what the team has achieved together".

Mr Smedegaard said that Bjoern had played “an unprecedented role” in the company’s success and “revolutionised the way people travel for pleasure and for business”.

“Bjørn is definitely one of the most influential European entrepreneurs of our time,” Mr Smedegaard added.

Troubles began for Norwegian after aviation authorities worldwide grounded all Boeing 737 MAX 8 aircraft following two fatal crashes which claimed around 350 lives and revealed that the aircraft’s MCAS systems caused pilots to lose control of the plane.

The disruptions hit Norwegian's profitability in 2019, Norwegian said as quoted by Reuters, despite the company reporting higher second quarter revenues than expected.

The carrier's fleet consists mostly of Boeing aircraft and was forced to postpone sales of six 737 Max 8s, as well as take emergency actions since March to reduce profit losses with contingencies to minimise flight disruptions and cancellations.

Norwegian also vowed to demand compensation from Boeing in March for profit losses and accrued costs, with estimates showing that replacing all 18 Max 8 models in the company’s fleet would cost 38.5m krone (£3.59m) a month to rent.

Norwegian air is Europe's third-biggest airline after Ryanair and EasyJet, and introduced long-haul flights to the US in 2014, as well as Buenos Aires and Rio de Janeiro from the UK and Ireland. Other major low-cost carriers such as Thomas Cook, Ryanair, Flybe, EasyJet and TUI have either posted profit warnings or sold their operations, citing Brexit, rising fuel costs and global warming, among others, with Ryanair chairman David Bonderman also pledging to step down by 2020 over the carrier’s €19.6m profit losses since March 2014.

Saudi Airline Not to Proceed With Boeing 737 MAX Deal, Will Operate 'All-Airbus Fleet' in Future