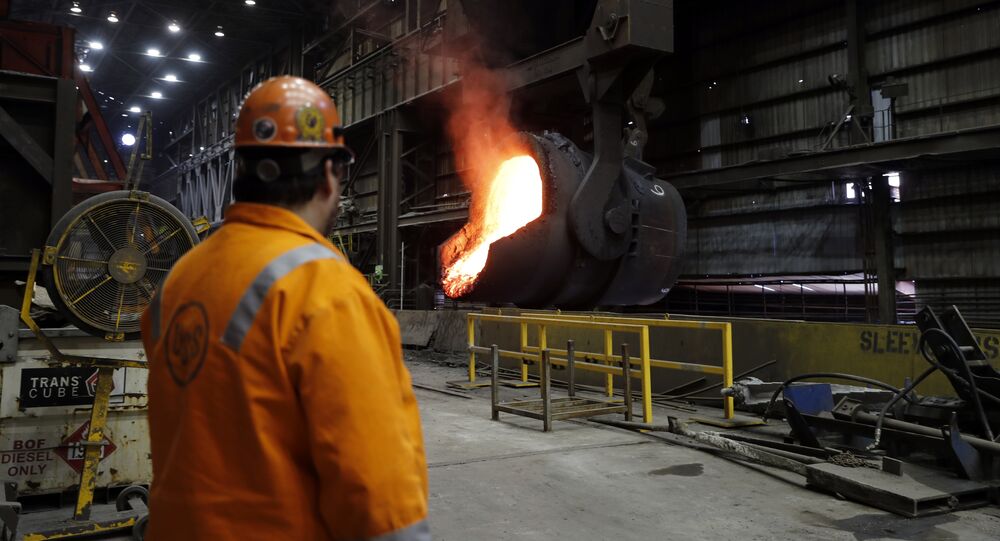 MOSCOW (Sputnik) - The United States has introduced preliminary anti-subsidy duties on fabricated structural steel from China and Mexico, the US Commerce Department said in a statement.

The investigation revealed that Chinese and Mexican suppliers of fabricated structural steel had received subsidies at rates up to 177.43 percent and 74.01 percent, respectively, but subsidies received by Canadian exporters had been insignificant, the Commerce Department noted.

"Commerce will instruct U.S. Customs and Border Protection (CBP) to collect cash deposits from importers of FSS from China and Mexico based on these preliminary rates. At this time, cash deposits will not be collected on imports of FSS from Canada," it said.

The investigation into FSS imports was launched on 4 February after a petition of Chicago-based American Institute of Steel Construction. The department said it would announce its final rulings on or about 19 November.

At the same time, the Mexican Economy Ministry stressed that these new measures were not related to earlier US tariffs on steel and aluminum, from which Mexico and Canada were exempt in May after lengthy negotiations. Also, these steps are not related to the intention of US President Donald Trump to introduce duties on all Mexican goods.

Could British Steel Have Been Saved With State Aid If UK Had Left EU in March?