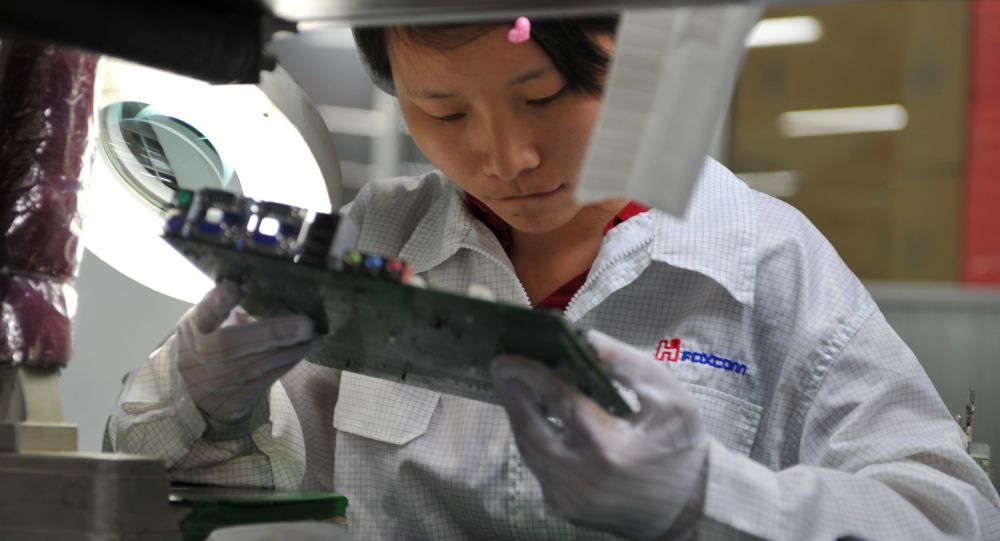 The reported relocation comes against the background of the ongoing US-Chinese trade spat. Late last month, however, there were signs that the dispute might be resolved: US President Trump tweeted that he will not increase “the already existing tariffs that we charge China while we continue to negotiate”.

At least five US tech giants, including Amazon, Google, Microsoft, Dell, and HP are seeking to “shift substantial production capacity out of China” amid the current Washington-Beijing trade dispute, the Nikkei Asian Review, a news outlet, cited unnamed sources as saying on Wednesday.

The sources said that the five companies have been considering other Asian countries as possible new homes for their electronics production. Representatives of the companies have not commented on the matter yet.

While Google, Amazon, and Microsoft are especially concerned over relocating the production of gaming consoles, e-readers, and smart speakers, Dell and HP are worried about notebooks which are made in the he Chinese cities of Chongqing and Kunshan.

With Amazon looking to moving production of its e-readers and Echo smart speakers to Vietnam, Microsoft is mulling Thailand and Indonesia, where the company hopes to produce the Xbox and its lesser-known Cortana speaker.

HP has, meanwhile, downgraded its production forecast for 2019 to fewer than 10 million laptops, which is about half of its output two years ago, one source told Nikkei.

“China’s hiked production costs have already led to a decline in global orders. Now, the uncertainties associated with the [US-China] trade war are adding insult to injury”, the source noted.

Other sources claimed that HP may shift up to 30 percent of its production from China to Thailand or Taiwan as soon as late July.

Last month, Nikkei reported that Apple was also considering moving about 30 percent of its iPhone production from China due to the Beijing-Washington trade war.

“The industry consensus is to move an average of some 30 percent of production out of China depending on how important the US market is […] Everyone needs to come up with a plan. Apple is really the very last and the slowest to start formulating plans, while everyone else out there is much more aggressive,” Nikkei cited an unnamed a supply chain executive as saying at the time.

According to Nikkei, Apple is considering Mexico, India, Vietnam, Indonesia and Malaysia, with India and Vietnam among the favourites for smartphones.

The US drive to relocate outside of mainland China comes in the wake of Washington blacklisting the Chinese tech giant Huawei in May as part of the ongoing US-China trade war.

The spat, however, weakened after US President Donald Trump’s meeting with Chinese counterpart Xi Jinping on the sidelines of the G20 Summit in Osaka in late June, when Trump decided not to increase the already-existing US tariffs against China. He also noted that the Washington-Beijing negotiations to clinch a bilateral trade deal would continue.

The US-China trade row has been simmering since 2018, after Trump’s decision last June to impose 25 percent tariffs on $50 billion worth of Chinese goods in a bid to address the trade deficit. Since then, the two sides have exchanged several rounds of duties.

In May, Washington took another step in escalating the dispute, slapping levies on another $200 billion worth of Chinese goods. China pledged to retaliate by hiking tariffs on $60 billion worth of US imports in June.