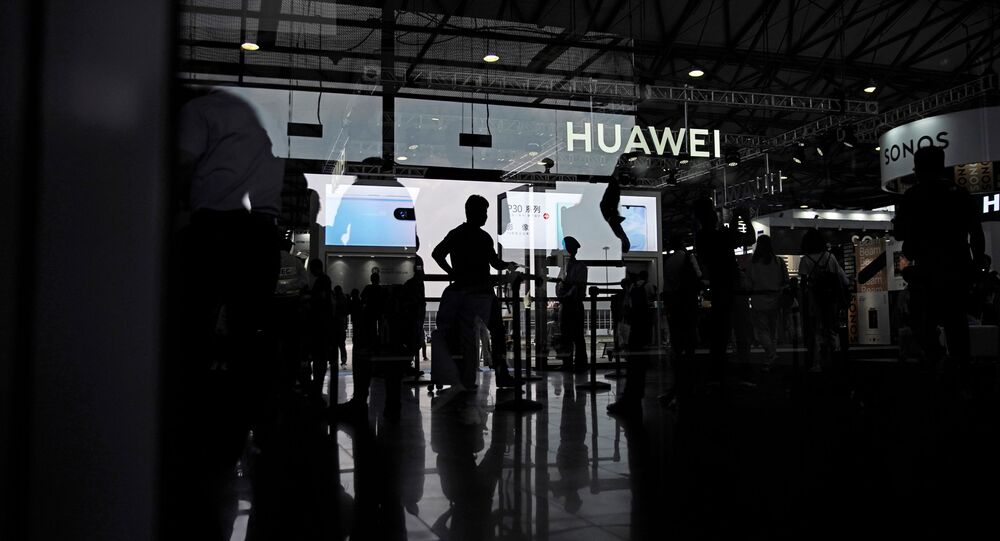 New Delhi (Sputnik): Clearing the air on the possibility of US sanctions on Information Technology (IT) firms, the Indian government on Wednesday said they should avoid dealing with the Chinese tech giant Huawei as suppliers of US products.

Indian Communication Minister Ravi Shankar Prasad said supplying US products to Huawei could attract sanctions under US rule. "Any Indian company which acts as a supplier of US origin equipment, software or technology to Huawei and its affiliates in the Entity List could be subjected to penal actions and sanctions under US Regulations."

On 16 May, the Donald Trump administration put Huawei on the entity list by amending US Export Administration Regulations. Huawei’s inclusion in the Entity List implies that US companies require a prior export license for the sale of any equipment, software or technology to Huawei.

On 27 May, the US administration sent a letter to the Indian External Affairs Ministry seeking a complete ban on the supply of US-origin software and equipment to Huawei by any Indian firm. The ministry then sought the opinion of the Communication and IT Ministry.

Nevertheless, the Indian government has not taken its decision on whether it will also ban Chinese firms from the Indian market due to concerns over possible spying.

The minister said he is waiting for the recommendations of a high-level committee under the country Principal Scientific Adviser (PSA) on various issues, including security, relating to 5G and Technology Trials in India.

"To address security concerns including surveillance, there are comprehensive security conditions as part of existing License Agreements for telecom service providers," the minister said.

The US has repeatedly accused Huawei of installing so-called backdoors on its products to allegedly assist Beijing in espionage efforts. Meanwhile, making an aggressive attempt to counter this allegation, Huawei has already made an offer to sign a “no backdoor” agreement with the Indian government and promised to keep all servers in India.

US President Donald Trump had indicated an easing of the restrictions on the Chinese firm after a bilateral meeting with his Chinese counterpart Xi Jinping on the sidelines of G-20 annual summit in Osaka, Japan. Trump had tweeted ‘I agreed to allow Chinese company Huawei to buy product from them which will not impact our National Security’ [sic]. Later on, White House trade adviser Peter Navarro stated that Huawei remains banned from the US 5G market. Huawei's founder Ren Zhengfei has said that his company is willing to continue buying products from American companies.