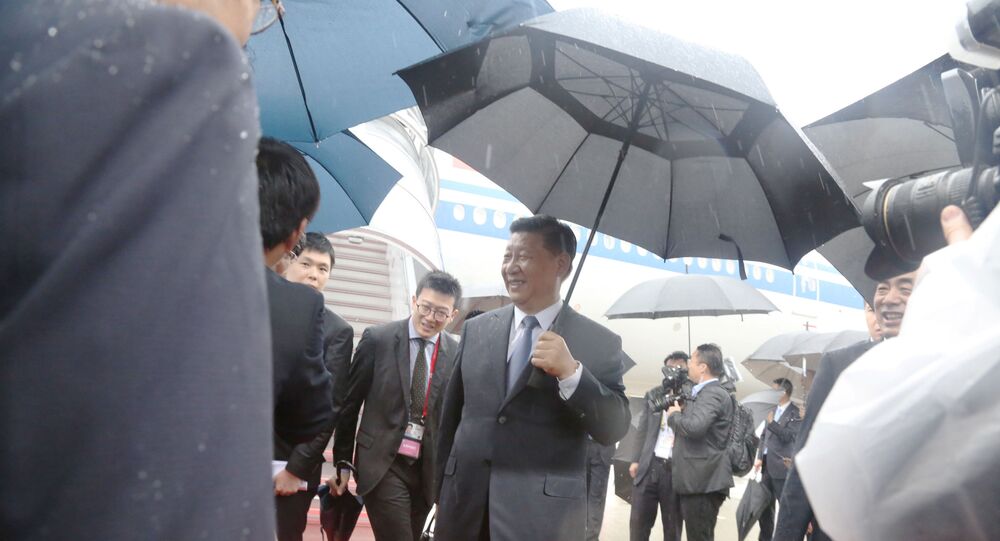 The US-China trade conflict was expected to be one of the key issues discussed at the G20 meeting in Osaka, Japan which kicked off Friday. President Trump has repeatedly threatened to slap tariffs on the remaining $300 billion of Chinese goods coming into the US which have not been targeted yet unless Washington gets a better trade deal.

China's President Xi Jinping has unveiled a major new plan to reduce tariffs and remove other barriers in a bid to increase imports, trade and the openness of China's economy.

"First, we will consistently increase our country's openness to the outside world," Xi said, speaking at the G20 summit's plenary session. "We will take the initiative to stimulate an increase in imports. China intends to systematically reduce tariff levels, to actively eliminate trade barriers, and intensively reduce systemic costs," he added.

According to the president, China will create six additional free trade zones, and further liberalise relations between Chinese enterprises and foreign companies in the fields of agriculture, services, mining and manufacturing.

Beijing will also "speed up the process of exploring the possibility" of building a new free trade port in Hainan province in southern China, remove restrictions on foreign investment to enable foreign companies to get equal treatment alongside their Chinese companies, and establish a complaint redress mechanism for non-Chinese enterprises, Xi said. The measures will be complemented by the creation of a Foreign Investment Law to step into force in 2020 aimed at protecting intellectual property and punishing those who infringe it.

Finally, Xi said, China plans to continue expanding on its regional partnerships with other countries, including talks on an investment agreement with the EU and a China-Japan-South Korea trade pact.

The escalating trade conflict between China and the United States has prompted Beijing to shake up its economic and trade policy in recent months. Last week, an analysis by the Peterson Institute for International Economics confirmed that since early 2018, when the US-China trade spat started, China slashed tariffs on other countries' goods to an average of 6.7 percent while tariffs against US imports jumped to an average of 20.7 per cent.

Earlier this week, ahead of Friday's much-anticipated meeting between President Xi and President Trump to try to work out a trade deal, US Trade Representative Robert Lighthizer reportedly told his Chinese counterparts that Washington was not seeking the kind of "balanced" trade deal sought by Beijing due to China's alleged previous violations of intellectual property rights.

On Wednesday, Trump warned that his "plan b" for China if he didn't get the deal he wanted in Osaka would be to slap additional tariffs on the country. According to the US president, the existing tariffs have already sent China's economy "down the tubes," and Beijing was far more eager to make a trade deal than Washington was.

The US and China plunged into an escalating tit-for-tat tariff spat in mid-2018, when the Trump administration slapped 25 per cent tariffs on $50 billion worth of Chinese goods. Since then, the economic powers have hit one another with several more rounds of restrictions, with Trump recently threatening to put tariffs on the remaining $300 billion of Chinese goods which are not taxed on entry to the United States.

Modi Hints Bargaining on 5G Equipment With China, US Amid Crackdown on Huawei