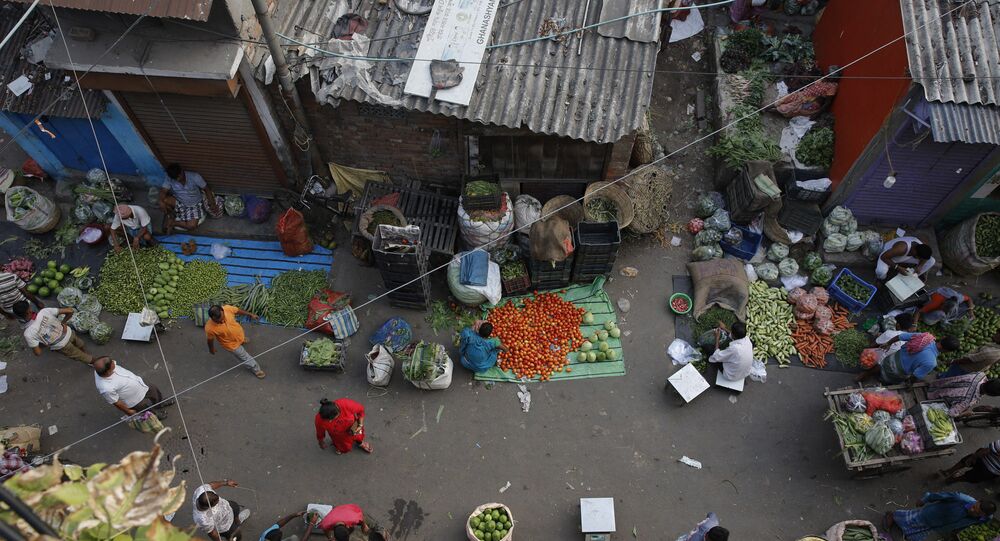 The day before, Reuters reported that India was preparing to impose higher tariffs on some US goods including almonds, walnuts and apples next week following Washington's withdrawal of New Delhi's key trade privileges.

The Indian government issued a statement on Saturday, saying the Asian nation would impose higher tariffs on 28 US products including almonds, apples and walnuts starting from Sunday.

India imposes higher tariffs on 28 US products, including almonds, apples and walnuts, in response to Washington’s withdrawal of key trade privileges for New Delhi. pic.twitter.com/uEyvUv1vlr

​In late-May, the Trump administration announced that it would strip India of its special trade status that exempts the Asian country from billions of dollars' worth of tariffs on imports into the US.

India was the largest beneficiary of the Generalised System of Preferences (GSP) programme in 2017 with $5.7 billion in imports to the US given duty-free status. India's top exports to the US under the GSP in 2017 included motor vehicle parts, ferroalloys, precious metal jewellery, building stone, insulated cables, leather products, garment (marginal) and wires.

President Trump has repeatedly pressured New Delhi to open its markets to US trade to close the deficit, which is around $27.3 billion, and has protested the country's protectionist tariff policies, including Prime Minister Narendra Modi's 'Make In India' project.