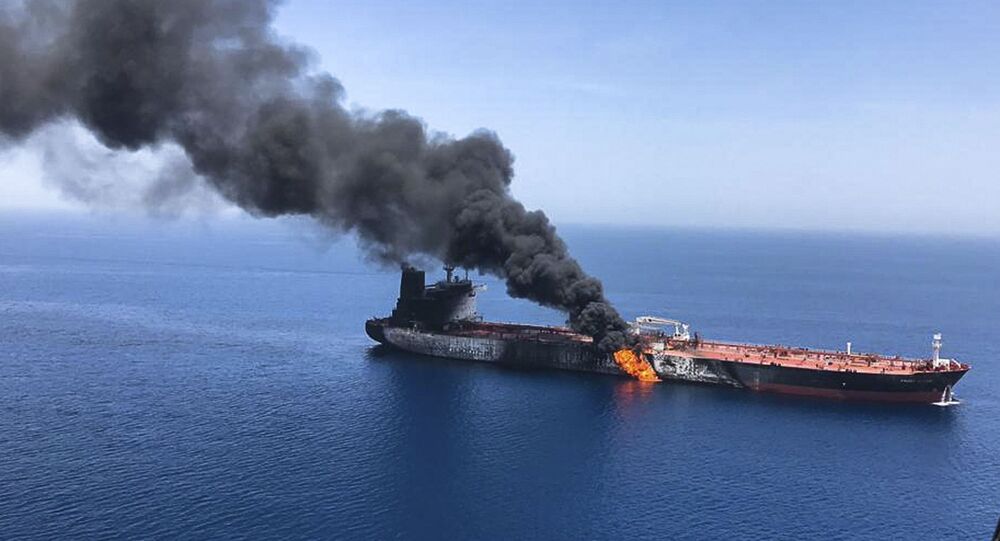 Oil prices spiked on Thursday after two vessels were seemingly attacked in the Gulf of Oman, one of the world’s most important shipping lanes.

Fears of military conflict between Washington and Tehran in the aftermath of the incident involving The Front Altair and the Kokuka Courageous tankers sent the oil price up over 4.5%, with Brent crude hitting $62.64 per barrel and US crude touching $53.45, dragging oil away from the five-month lows struck last night.

Oil surges after a report that a crude tanker was on fire in the Gulf of Oman https://t.co/szCTA9F3s4 #OOTT pic.twitter.com/LcaoVLAXkV

Middle Eastern stock markets also fell, with the Saudi exchange shedding 1.5%, and Oman and Dubai both down over 1%. Energy companies were among the top fallers, reflecting fears that supplies could be disrupted. Consumer stocks and industrial companies are also down — they’d suffer from economic disruption.

The incident near the Strait of Hormuz, through which one-third of the world’s shipped oil passes, highlights the risks associated with delivering oil from the Persian Gulf.

“Escalating geopolitical tensions in the Middle East and dislocations in Venezuela and the brewing cauldron in Libya are reminders that security of forwarding supply feels increasingly fragile,” Bill Herbert, a senior research analyst at Simmons Energy, told The Wall Street Journal.

© Sputnik / Ramil Sitdikov
Zarif Points to Lack of Evidence in US Allegations Against Iran on Gulf of Oman Attacks
The tanker attack came amid heightened tensions between the US and Iran in recent months. Earlier on Thursday, US Secretary of State Mike Pompeo said the United States has assessed that Iran is behind Thursday's attacks on two tanker vessels in the Gulf of Oman. Last month Pompeo blamed Iran for similar attacks without providing evidence.

Iran has denied any involvement in all of the recent attacks, and Iranian Foreign Minister Mohammad Javad Zarif earlier on Thursday called the timing of the latest incident "beyond suspicious" because it coincided with Japanese Prime Minister Shinzo Abe's visit to the Islamic Republic.