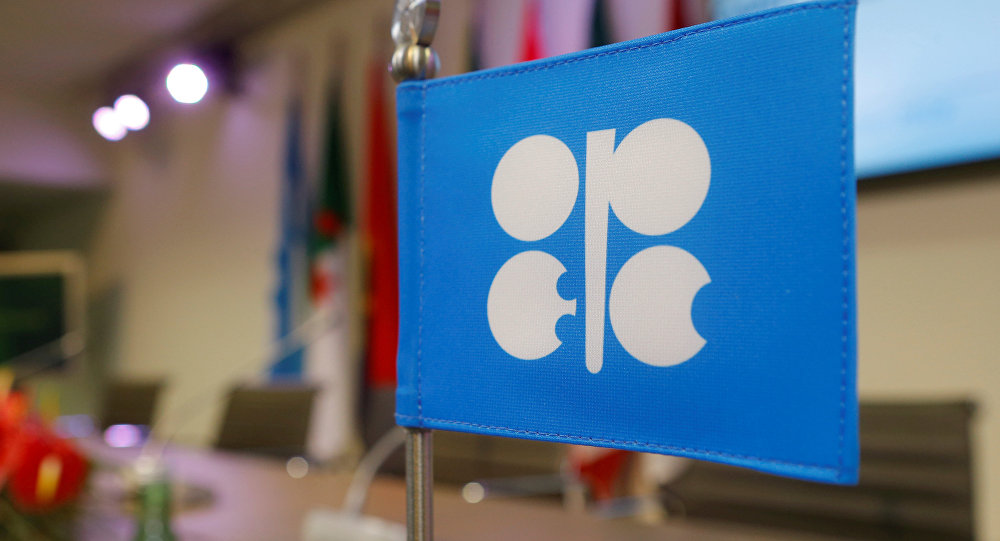 The international oil cartel OPEC is considering yet another extension to its oil production cuts, a top Emirati official says, as the accord has proven effective at boosting oil prices to comfortable levels throughout most of this year so far.

The official's remarks come as other members of the oil cartel are considering either keeping output lower to support prices, or boosting production to extract additional oil revenues amid elevated prices.

© AP Photo / Ronald Zak
Saudi, OPEC Officials Deny Speaking to Trump About Oil Prices - Reports
During his speech at the International Forum of the Americas on Tuesday, al-Mazroui said current levels of oil inventories and output across the cartel have allowed OPEC to keep prices at fairly comfortable levels.

The Emirati minister believes the right decision for OPEC would be to maintain the policy until at least the end of this year. Al-Mazroui added he doesn't believe a pickup in international demand would allow exporters to keep prices steady while simultaneously boosting output.

“I think the demand for oil will remain solid in 2020,” the minister said.

The most recent output deal involving OPEC and Russia went into effect on 1 January with a goal to reduce overall output by 1.2 mln barrels per day (BPD). The deal's participants agreed to use October production levels as a baseline for the accord.

However, non-OPEC oil producers, including shale drillers in North America, have increased their output amid upward pressure on prices resulting from the OPEC deal. Subsequently, gains in global oil prices turned out to be more modest than OPEC+1 could have expected.

Additionally, many economists have expressed concern over the ongoing slowdown in global economic growth due to international trade tensions, tepid consumer demand, and weakening manufacturing activity across the majority of advanced economies and emerging markets.

Experts don't believe the demand for oil will increase anytime soon, and suggest that even given its current output levels, oil prices could fall.

In support of such claims, the US Energy Information Administration (EIA) recently trimmed its estimate of an increase in global oil demand this year by 160,000 bpd – a 1.22 mln bpd increase compared to their previous estimate of 1.4 mln bpd.

“The demand outlook is central to the oil market these days,” John Kilduff of New York-based investment company Again Capital said. “Global economic data has been chock full of negative surprises of late, attributable to the fallout from the US-China trade war.”

While OPEC and its allies have mostly succeeded at reducing output by roughly 1.2 mln bpd at the beginning of this year, US production continues to increase. American drillers are expected to boost output by another 83,000 bpd in June alone – to 8.49 mln bpd, according to the EIA.

Not all of this oil can be shipped promptly though, as oil industry officials are still complaining about the lack of pipeline infrastructure in the US being enough to move oil from the pump to the consumer.

© AP Photo / Vahid Salemi, File
Iran Vows Response to OPEC’s ‘Threats’, Warns Organisation of ‘Collapse’
For its part, Russia boosted its output in early June, from an average of 10.87 mln bpd on 1-3 June, to the average 11.03 mln bpd on June 1-10. Saudi Arabia, for its part, increased production by 200,000 bpd (to 10.05 mln bpd) in May, capitalising on the ongoing decline in Iranian exports.

Still, both countries have been in compliance with the terms of the agreement through most of the first half of this year – with Saudi output alone having dropped by 500,000 bpd from its January levels. The Emirati Energy Minister believes the extension of oil production caps could offset the recent increases in Russian and Saudi output.

OPEC is set to hold a policy meeting on 25 June, opening talks with its allies – including Russia – the following day. Russian officials proposed to push the meeting to 3-4 July, and the Saudis have reportedly supported the call.