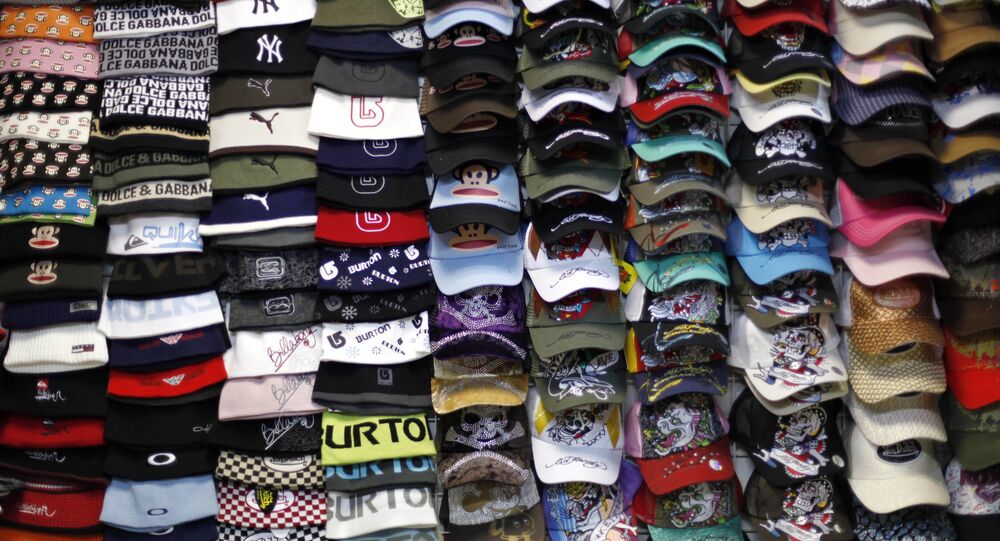 Beijing reiterated this week that "cooperation" was "the only right choice" in revolving the trade conflict between the US and China which has taken a toll on tens of billions of dollars' worth of products amid tit-for-tat escalations between the two economic superpowers.

Chinese manufacturers and companies operating in China may have found a way around President Trump's steep tariff barriers by tinkering with supply chains to export Chinese components to countries like Vietnam, Taiwan and Mexico and then reexporting them as finished goods into the United States, an analysis of data from the US International Trade Commission and the International Trade Centre has revealed.

The research, conducted by Nikkei, found that between January and March 2019, Chinese exports to the US dropped by $15.2 billion, or about 12 percent year on year, as a result of Washington's increasingly tough tariffs, with machinery, electrical equipment, furniture, toys, and automobiles each taking substantial hits of between $322.1 million and $5.77 billion in losses.

However, during the same period, China's exports of these same categories of goods to Vietnam, Taiwan and Mexico enjoyed explosive growth, with these three countries exports to the US also rising dramatically.

© AP Photo / Pablo Martinez Monsivais
Nature of US-China Trade Talks Misrepresented by Beijing - US Treasury, USTR
For example, between January and March, China's exports of goods from the above categories to Vietnam climbed by 20.1 percent, or $1.5 billion, with Vietnamese exports to the US jumping by $2.7 billion (or a whopping 58 percent) in the same period.

According to Nikkei, companies operating in China may be getting around the stiff US tariff restrictions by having Chinese made components shipped to countries like Vietnam and Taiwan, and Mexico, where they are turned into finished goods, stamped with non-'Made in China' stickers and shipped into the US.

The business journal cited multiple examples of companies relocating their manufacturing operations from China to other countries, with Taiwan's Compal Electronics, the US' Brook Sports shoe maker, and US digital camera company GoPro reorganizing their production chains. Chinese firms are also said to be getting in on the shake-up, with Shenzhen H&T Intelligent Control Co, an electronic components maker, moving to set up shop in Vietnam.

Indirect exports from China to the US are also on the rise, Nikkei noted, citing one Shenzhen-based logistics company's operations exporting to the US via Malaysia for 17,000 yuan (about $2,460) per large container.

© AP Photo / Andy Wong
Cooperation Only Right Choice to Solve US-China Trade Dispute – White Paper
Imports which are repackaged to disguise their place of origin are thought to be growing too, with this trick being easier to pull off with raw materials than it is with finished goods.

With Washington planning to hit Beijing with a fourth round of tariffs, affecting all remaining imports from China, companies are expected to shift around even more to try to get around the US restrictions, according to Nikkei. The US, meanwhile, may fail to reduce its trade deficit, which was the main reason the Trump administration committed to its protectionist policy in the first place.

On June 1, the US began collecting new 25 percent tariffs (up from 10 percent) on a range of Chinese goods, including circuit boards, furniture, modems, routers and lighting products.

A day later, the Chinese government released a white paper stating that China remained "ready to solve the existing trade contradictions and disagreements through cooperation, and to promote mutually beneficial cooperation."