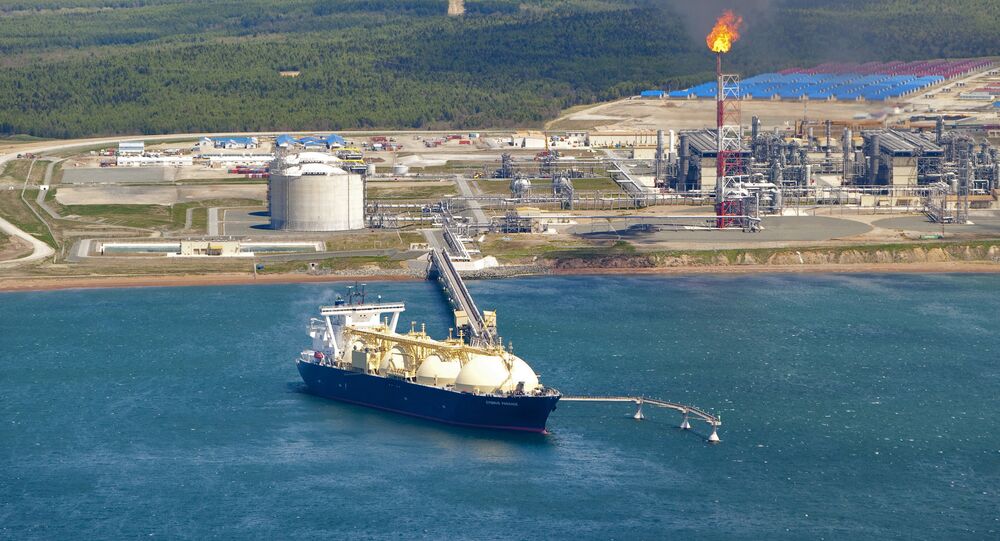 ATHENS (Sputnik) - Russia and Greece have a promising future in wide-ranging economic cooperation, with the latter interested in importing liquefied natural gas (LNG) from the former, Dimitrios Velanis, an adviser to the Greek prime minister on Russian and Eastern European issues, told Sputnik.

"This year was more productive in terms of the economic relations between Russia and Greece. Maritime, shipping as well as steel industry and energy agreements were reached… Greece is currently at the economic growth phase after a long crisis, and the use of Russian energy resources, including gas, will be the factor of development. I see great prospects in the development of a gas network, in Russian gas deliveries to Greece," Velanis said ahead of the Greek delegation's arrival at the St. Petersburg International Economic Forum (SPIEF).

"There is a place for Russian LNG in Greece. It needs small-scale shipments of gas to places where it cannot be transported by pipelines — to islands and mountainous areas, where it is impossible or unprofitable to lay a pipeline," Velanis added.

SPIEF is an annual Russian business event held in St. Petersburg since 1997. This year the forum will take place from June 6–8 at the ExpoForum Convention and Exhibition Centre. Rossiya Segodnya International Information Agency is the official media partner of the forum.