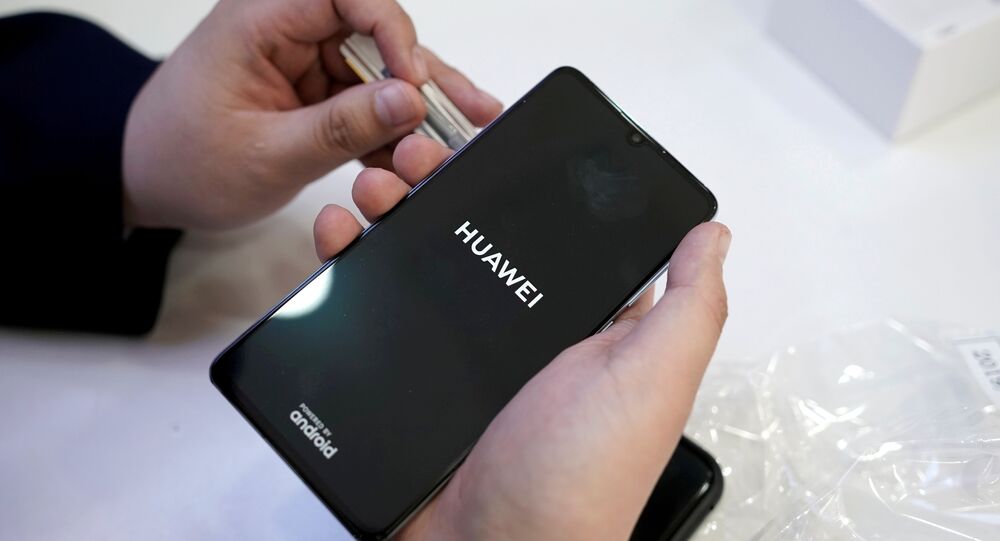 Multiple media reports this week have suggested that Apple's iPhone sales in China could be drastically slashed following the US decision to blacklist Huawei as Chinese consumers may push to show domestic support for the embattled company.

Huawei is expected to benefit from consumer sentiment to gain market share from its American rival Apple, whose shipments to China are forecast to see a major decline from 36.3 million units in 2018 to 27.8 million in 2019, according to Appleinsider, citing estimates from International Data Corporation (IDC) and JP Morgan, a US-based global financial services firm.

Meanwhile, Huawei's shipments for China are tipped to surge to 110.1 million units in 2019, which would mark a 5 million unit year-on-year uptick for the company.

© AP Photo / Mark Schiefelbein
Beijing Reacts to Huawei Boss' Comments on Apple THIS WAY
As Appleinsider pointed out, JP Morgan didn't specify in its note to investors as to why Apple's sales would be slashed this year, but a report from Citi assumed that Chinese consumers may seek to purchase Huawei smartphones and devices instead of iPhones as a sign of support for the beleaguered company.

The South China Morning Post previously cited the example of two die-hard iPhone fans, Wang Zhixin and Sam Li, who decided to abandon their Apple devices in favour of the Chinese brand. The Global Times' Editor-in-Chief Hu Xijin also acquired a Huawei smartphone to support a company "unreasonably suppressed" by the United States, yet kept his iPhone as a supplementary device.

Bloomberg earlier reported that while China has yet to respond to Washington's blacklisting of Huawei, Apple appears to be its most obvious target.

As reports of a potential retaliatory ban on Apple products mounted, Ren Zhengfei, the founder of Huawei, told Bloomberg that he would oppose any countermeasures against the Cupertino-based firm.

Two weeks ago, the US Department of Commerce added Huawei and its 70 affiliates to a trade blacklist, thus banning the company from gaining access to technology or components from American firms without the US government's authorisation.

© CC BY-SA 2.0 / Melv_L - MACASR / Shanghai Apple Store Pudong
Apple Braces for Chinese 'Counterpunch' as iPhone Sales Could Be Slashed
The move prompted Google to cut off operations with Huawei, including the transfer of all hardware, software and technical services, except those publicly avaliable via open source licensing.

Huawei phones, which run on Google’s Android operating system, are also expected to lose access to updates to some popular apps, but the existing devices will be safe from upcoming restrictions. The ban has also reportedly cut off the Chinese tech firm from US-based chip producers, such as Intel, Qualcomm, Xilinx, and Broadcom.

Shortly after, the restrictions were lifted under a temporary feneral license, which lasts until 19 August.

In the recent months, the company has faced allegations that it's been spying and stealing commercial information on behalf of the Chinese authorities. Huawei has strongly denied the accusation, insisting that it is independent of the government.