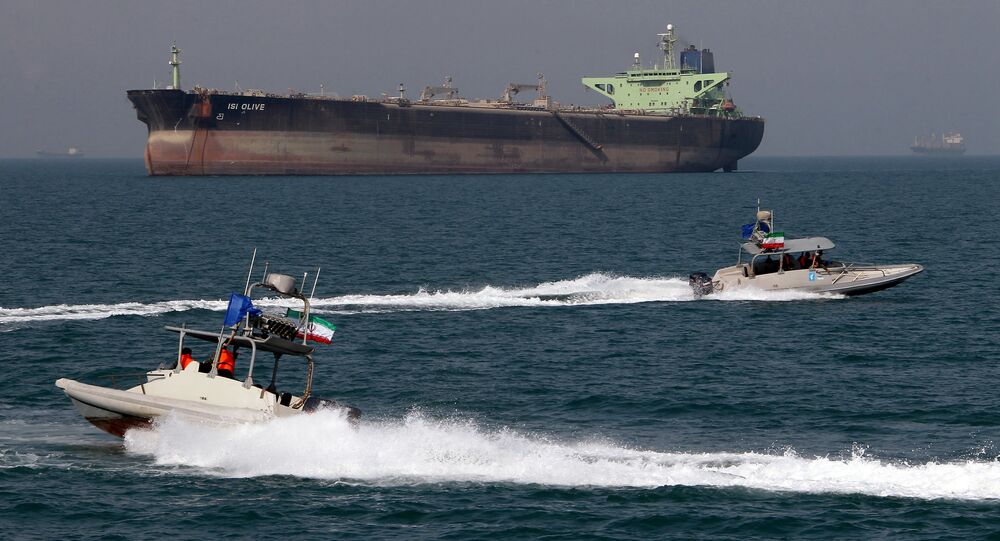 MOSCOW (Sputnik) - China has stopped buying oil from Iran after Washington announced a decision not to extend exemptions from its sanctions for certain countries, the Wall Street Journal reported, citing sources in the Iranian oil industry.

According to Rahim Zare, who is a member of the economic commission of the Iranian parliament, China, Greece, India, Italy, Japan, South Korea, Taiwan and Turkey, which were previously granted waivers, purchased from Iran a total of 1.6 million barrels of oil daily in March, but have ceased purchases since.

"They are really abiding by the sanctions," Zare said, as quoted by the newspaper.

© AP Photo / Raheb Homavandi
Iran's 'Black Gold', a Delicacy for the Global Oil Market?
The newspaper noted that when a tanker belonging to China was loaded from the oil terminal on Kharg Island in Iran in mid-May, it was perceived as the resumption of purchases of crude oil by Beijing. However, the tanker subsequently sailed to Indonesia, and at the moment remains off the coast of Iran in the Gulf of Oman, the newspaper said, citing maritime tracking resource FleetMon.

According to a source in the Iranian oil industry, since onshore tanks are full, the vessel was used only for oil storage.

At the same time, Iran has not yet lost hope of resuming sales to China. A private Iranian trader, who last delivered Iranian oil to China two months ago, said he was negotiating the sale of up to 2 million barrels to a Chinese mini-refinery, but noted he had not yet received the approval of the governments of the two countries.

Eight of Iran’s top oil customers were granted waivers that allowed them to temporarily continue buying Iranian oil. In April, the White House announced that the United States would end waivers for oil sanctions on Iran as it seeks to bring the country’s oil exports to zero. The United States said the eight nations had agreed to dramatically reduce oil imports from Iran.