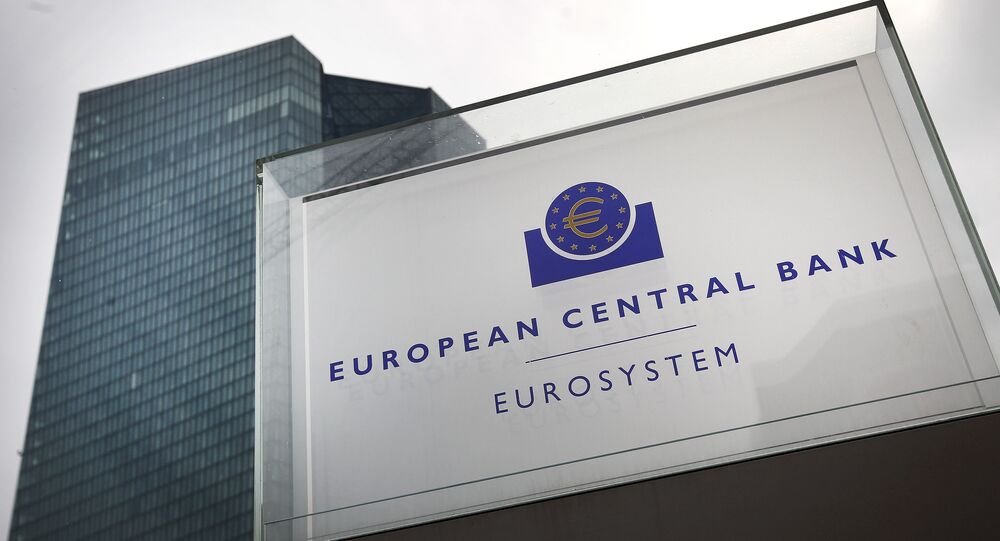 European Central Bank (ECB) President Mario Draghi is set to step down from his role later this year, and EU officials, economists and observers are debating who would be his likely successor and how this power transition will affect the course of monetary policy in the Eurozone.

Kristian Rouz — Top European central bankers are competing for the role of ECB president as the term of sitting chief Mario Draghi is set to expire on 31 October 2019. The competitors are proposing various plans for the ECB to tackle the risks facing the Eurozone economy going forward, which include Brexit, a possible recession in Germany, and global trade tensions.

According to recent reports, Olli Rehn, the ECB official in charge of interest rates and director of the Bank of Finland, is widely considered as Draghi's most likely successor.

"I trust that EU decision makers will find a person for the job who will be able to manage it even through tight spots which will also come," Rehn said when asked if he would become the next ECB president.

A political centrist, Rehn represents a Northern European approach to monetary policy, and is believed to be an advocate for higher rates, modest stimulus, and smaller scale central bank interventions in the market economy.

In the past, Rehn has advocated for tighter fiscal policies as well, and was an avid proponent of austerity measures during the European debt crisis of the early 2010s. His views are seen as drastically different to those of Draghi, whose home country, Italy, has practised the debt and inflation-driven growth models for decades.

"The governor has to be both qualified in monetary and financial policy as well as capable of team play," Rehn said.

Meanwhile, EU leaders are debating other possible candidates as well. A group of EU PMs are set to meet on 28 May in Brussels to discuss the newest round of political appointments following the elections to the European Parliament on 23-26 May.

Some believe that electoral performance of the main parties in the EU parliament will determine who will be the next ECB president.

In case populist-right and Eurosceptic groups — mainly from either Northern Europe or the continent's biggest economies, such as  France — gain more seats, the pace of future ECB policy will have to reflect the demands of the disgruntled German, French, and Scandinavian voters.

Draghi has been criticised for using the financial resources provided by countries like Germany to provide bailouts for countries like Greece during his term. Draghi's handling of the European debt crisis and threats of sovereign defaults in Portugal, Greece, or Spain, have fuelled the ire of Eurosceptics over the past few years.

© REUTERS / Tony Gentile
Euro 'Under Threat as Never Before' - French Finance Minister
In this light, Rehn has solid chances at becoming the next ECB chief — if the populist-right pivot in cemented in the upcoming results of EU parliamentary elections.

However, some investors are wary of the upcoming personnel changes at the ECB, as well as the looming overhaul of the central bank's policies.

"Any departure from what Draghi has so strongly embodied could create volatility and disappointment," Marie Owens Thomsen of Geneva-based Indosuez Wealth Management said.

Indeed, the ECB has become the largest holder of the European debt, including some $3 trln worth of commercial bonds. Even minor changes to its policies could send shockwaves across global markets simply due to the enormous size of the ECB balance sheet.

This might suggest the next ECB President must be also extremely cautious, and should have a solid plan of a gradual and slow reform of the Pan-European central banking system.