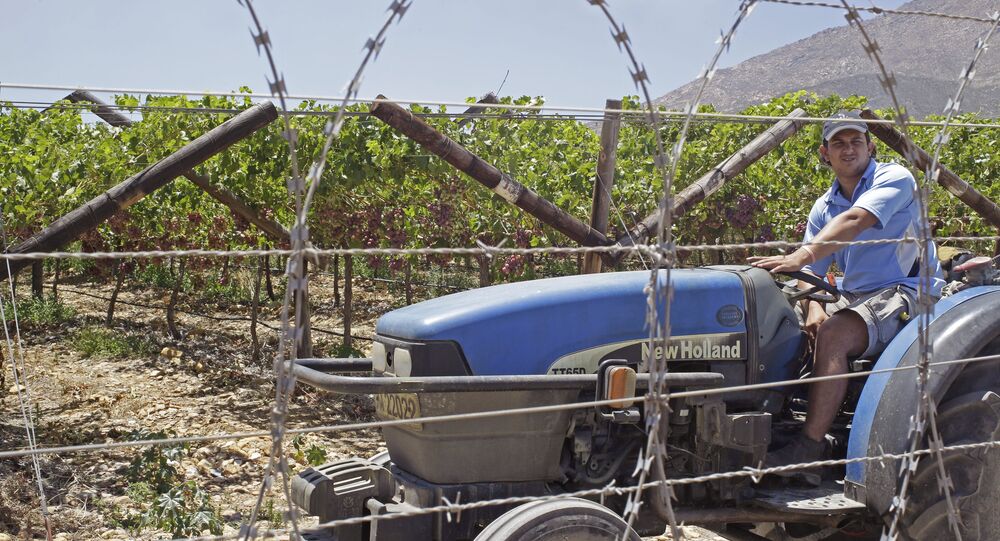 The 'brain drain' issue is being hotly debated in South Africa in the wake of its most-recent general election and the ongoing deterioration of the national economy, as an increasing number of educated urban residents seek to leave the country to avoid the threat of social instability.

Kristian Rouz — A rising number of South Africans are seeking to leave their country, reports suggest, as the nation remains mired in ongoing economic problems, while its political course remains highly uncertain. This particularly applies to the educated urban population, across all of the nation's racial and ethnic groups.

Following this month's general election, which saw the ruling African National Congress (ANC) party maintain its grip on power, 'emigration' has become one of the most heatedly-debated topics across the Rainbow Nation.

However, South Africa's immigration system doesn't track the exact number of permanent departures from the country, meaning the scale of the nation's 'brain drain' is extremely hard to quantify.

"For every one professional immigrating to South Africa, eight professionals are leaving our shores," Johannes Wessels of the Enterprise Observatory of South Africa said.

South African officials have confirmed that an increased number of citizens have recently applied for visas to go to other countries. However, they didn't provide a detailed breakdown of types of the visas applied for, nor is there a comprehensive set of data of the main destinations of outward migration.

Additionally, the nation's two largest parties, the ANC and the centre-right Democratic Alliance (DA) have both lost part of their base since the most recent election, in 2014. The ANC won a reduced majority of 57.50 percent compared to 62.15 percent five years ago, while the DA carried 20.7 percent of the vote compared to 22.23 percent back in 2014.

The radical-left Economic Freedom Fighters (EFF) have boosted their presence in Parliament, however, to 10.79 percent from just 6.35 percent in 2014 — the most distressing development for South Africa's educated urban population due to the EFF's ideas of social justice and the racially insensitive statements of some the party's officials.

"The number of enquiries regarding visas for other countries has increased," Immigration and Consulting South Africa (Imcosa) said in a statement. "Seeing that this does not form part of our service (ours relates only to incoming visas and permits for South Africa), it is only the stray enquiry regarding emigration that will reach us."

According to Imcosa, the number of emigration requests has increased fourfold over the past few weeks — suggesting the latest political developments have alerted even those who had believed in positive change in their country until very recently.

© REUTERS / James Oatway
ANC Party Wins Elections With Over 57%, Worst Performance in Post-Apartheid South Africa
For many South Africans, the ANC has been discredited by high-profile corruption and nepotism scandals, including those concerning the questionable ties between the ousted President Jacob Zuma and the powerful Gupta family. Economically, the ANC has had nothing new to offer for years now, except its controversial racially-targeted land confiscation programme — which sitting President Cyril Ramaphosa has vowed to soften.

However, the 'rising star' of South Africa's politics, the EFF, has embraced 'land reform' in its most radical form, which includes the expropriation of land and property held by South Africa's white minority without compensation.

"I think that people are a bit anxious. There is a fear surrounding the land and whether it will be expropriated." Amanda Gouws of the University of Stellenbosch said. "The economy is in a very bad condition and there is discourse among the whites. I think it's mostly white people who are deciding to emigrate because they have family members living overseas."

South Africa saw its most recent spike in out-bound migration in 2015, when over 25,000 South Africans left the country permanently. For their part, British immigration officials recorded 7,300 arrivals from South Africa in 2017 alone. The number of South African immigrants to the UK has increased since.

"Late last year, we witnessed a 22% increase in the number of applicants looking to emigrate and head to the UK," Ryan Rennison of the British immigration advocacy group Move Up said. "A lot of Move Up cases consist of economic-motivated migration. Career restrictions and economic instability often motivate clients to take their skill set and expose themselves to First World economies."

A separate report from Statistics SA shows some 97,500 South Africans aged 25-44 have left their country since 2006. However, data form private companies overseas suggest that the actual number could be much greater.

"The number of foreign citizenship enquiries from South Africans shot up 125% in the second half of last year over the same period in 2017," analysts from the international immigration assistance company Henley & Partners said. "There was a 364% spike in enquiries in October 2018 over the same month in 2017."

Prof. on 'Libyan Cash' Scandal: Gaddafi Ties to South Africa Go Back to Mandela
The report also found that many South Africans are looking for a second citizenship abroad, while planning to either stay in their country for a while, or intending to travel back and forth for the time being.

It remains to be seen whether the ANC and President Ramaphosa will succeed in reassuring international investors and improving the nation's ailing economy, while also calming the elevated social tensions. In case of further deterioration, however, South Africa could face a second wave of mass-emigration akin to the exodus recorded in the mid-90s.